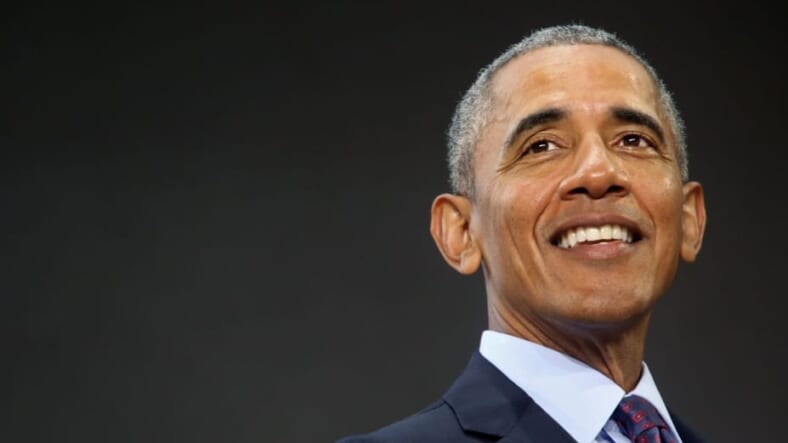 On Tuesday, Former President Barack Obama popped in to the Obama Foundation’s Hyde Park Headquarters to surprise a group of community members and praise them for their hard work and support.

“This was the base from which I was able to launch my first Senate race and this was the foundation upon which I ran for president,” Obama said. “This community has given everything to me.”

“This is where I won my first political race,” the former president said, noting that the headquarters were only half a block away from his first apartment.

The community members have been active participants working to move the Obama Center’s mission forward and were invited as an opportunity to discuss updates on its programming, the Chicago Sun-Times reports.

Before the Obama Foundation visit, he met with 20 summer job participants who were part of the One Summer Chicago program, one of his spokesmen said.

He also came together with Mayor Rahm Emanuel and visited Eric Solorio Academy High School, as students worked on developing applications for smartphones.

—Serena, Venus set up Williams vs. Williams match at US Open—

Perhaps Obama was feeling sentimental because the visits coincided with the historic day Aug. 28, 2008, when Obama became the first African American to accept a major party presidential nomination and made his historic speech at the Democratic National Convention in Denver.

During his remarks at the foundation, Obama reiterated reiterated his commitment to the city that made him.

“Thanks to all of your efforts we are close to getting this thing going,” Obama told the group.

“Not only do we expect this to be a museum that makes the South Side proud … but the enhancements that we’re going to be bringing to the park … is something that I’m hoping generations of Chicagoans are going to enjoy for years to come,” he said.