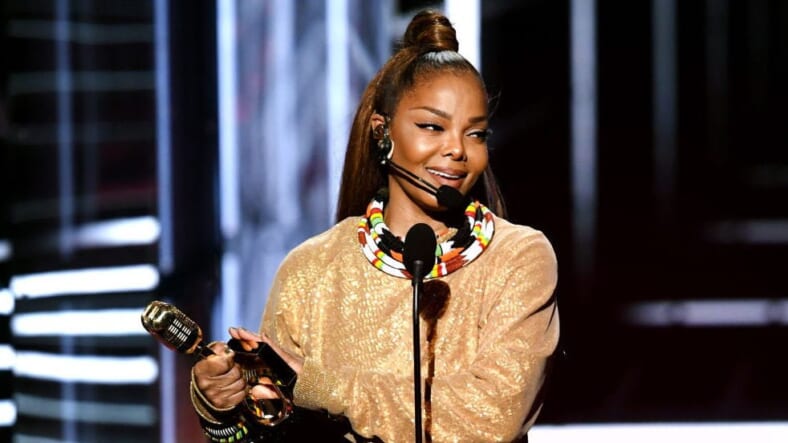 CBS chairman and CEO Les Moonves aggressively tried to damage Janet Jackson’s career after the 2004 “wardrobe malfunction” at the Superbowl.

In a scathing account, sources who spoke on the condition of anonymity painted Moonves as a nasty businessman bent on inflicting revenge on Jackson after her breast was exposed during a Superbowl act with Justin Timberlake, the HuffPost reports.

Timberlake tore a piece of material off Jackson, outfit, exposing her glitter-covered nipple and breast during their Super Bowl halftime performance. CBS was slapped with a $550,000 Federal Communications Commission fine as well as a load of criticism.

While Timberlake seemed to come out unscathed after the ordeal and after issuing an apology, Jackson however suffered after the sales of her “Damita Jo” album the same year, tanked.

According to sources, Moonves didn’t think it was a wardrobe malfunction but instead an intentional act to drum up controversy.

He went on to ban Jackson and Timberlake from the 2004 Grammys broadcast airing a week after the Super Bowl. However, Timberlake escaped punishment and was perform because he tearfully apologized. Jackson reportedly became a target of Moonves hit list to destroy because he thought she wasn’t repentant enough, sources said.

Moonves ordered VH1 and MTV, and all Viacom-owned radio stations, to halt playing Jackson’s music and videos, which impacted sales.

Even seven years after the Super Bowl situation, Moonves still had an ax to grind.

When Jackson got a Simon & Schuster book deal, which CBS owns, Moonves was reportedly pissed that her True You: A Journey to Finding and Loving Yourself slipped through and got a deal on his watch.

“How the f**k did she slip through?” Moonves asked, according to a source. He also told others that heads would roll as a result of it.

Well Moonves is dealing with karma right about now as he battles his own controversy about allegations of sexual misconduct stemming from an eight-month investigation by Ronan Farrow for The New Yorker.