Duncan’s sister Judy said they family has a strained relationship with the former Apprentice reality star, and framed her as a cold-hearted master manipulator. 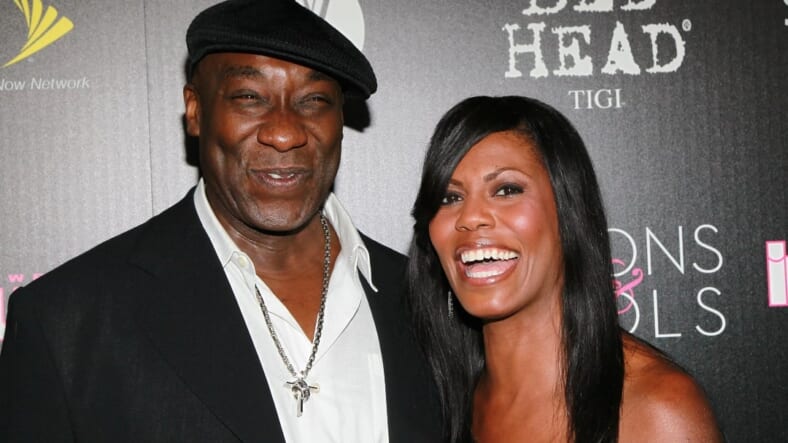 Michael Clarke Duncan‘s family came out swinging at his ex-girlfriend Omarosa Manigault-Newman, calling her a snake in the grass who manipulated the actor into changing his will so they wouldn’t receive a dime, the Daily Mail reported.

READ MORE: Omarosa reminds everyone that Pence is worse than Trump

As the former White House aide makes her rounds promoting the juicy Unhinged tell-all that dishes dirt about the Trump administration, Duncan’s family said they’ve been approached to comment about their previous relationship with Manigault-Newman.

Also in the book, Manigault-Newman claims she “had to deal with all of Michael’s long-lost family members and associates who came out of the woodwork making demands for money and inheritance.”

Duncan’s sister Judy said the family has a strained relationship with the former Apprentice reality star, and framed her as a cold-hearted master manipulator who took advantage of her ailing brother, who reportedly was engaged to her.

Judy said Duncan “was not of sound mind when he made the changes… slurring words and stumbling around,” she said in reference to Duncan’s will.

She added: “People want me to comment on her, and it’s like, what can you really say about a serpent, other than it’s a serpent? I’m not a snake handler, so I stay away.”

Judy referred to Manigault-Newman as a snake because she said she made changed to her brother’s will just months before he succumbed to a heart attack and died.

Judy said she and the family fought with Manigault-Newman for control of her brother’s assets. But was left out of his will and much of his life after the author allegedly blocked their efforts for access to him. Judy said Manigault-Newman got the bulk of the Green Mile actor’s fortune.

Judy also rebukes claims that Manigault-Newman was never engaged to the actor as she widely claimed to be.

Judy believes her brother’s illness allowed Manigault-Newman to make changes to his will and manipulate him easily.

“I think anyone can be manipulated at any time. I think there’s always somebody that’s going to try and get something out of you, and I think that’s what it was,” she said.

“Because like I said, the last time we saw him, he just wasn’t right. There was something going on, and I know it. So for him to have left her everything, there was some manipulation there.”

“She was getting way more than any and everybody. And that just sat wrong,” said Duncan’s niece who didn’t want to be named.

“She got some stuff that originally my oldest son should’ve had in the will. And also it was changed to the point where the will stated that if anybody in the will contested, they got nothing. Who writes that in a will?”

She added: “As a family, we’re not trying to exploit his death for financial gain. We’re not trying to get ahead. It was just like, why would my uncle leave family things to a girlfriend? No matter what else she got, why personal things?”

She said Manigault-Newman even “asked for his sperm while he was a in a coma.”

Judy is still reeling from her dealings with Manigault-Newman.

“I didn’t get to plan the funeral,”Judy said. “When I went to pick out flowers, she changed them. And that hurt me so much. Because this is my only brother.”

Manigault-Newman denied the allegations: “I don’t control the estate or the finances and Judy knows it. If you saw all of her emails and texts to me, you would see that she is just trying to get money from me, and threatened going to press if I did not give it to her and that is a crime!” she previously said, according to the Daily Beast.