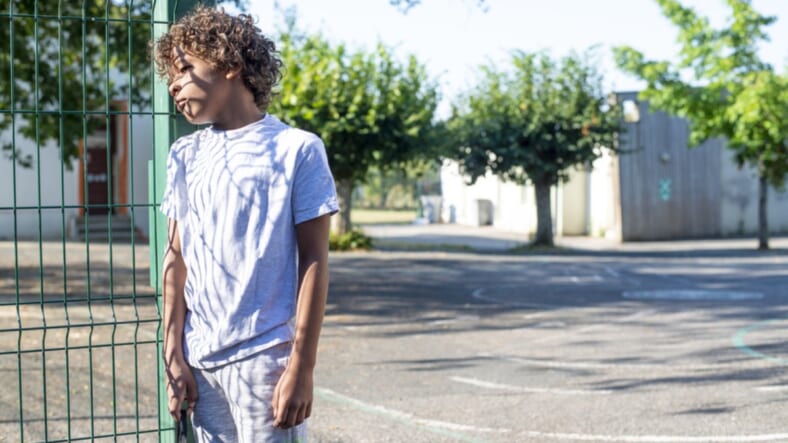 In recognition of National Suicide Prevention Week (September 9-15) , here is a personal story from writer George Johnson about saving one friend and losing another. (courtesy of Fotolia)

When I got this call, I panicked. A friend, whose apartment is normally less than a 10 minute walk away from me, was ready to end it all, and I was 1,000 miles away in New Orleans.

As calls kept coming in, I did the best I could and reached out to a mutual friend who I knew was near. I provided the address, the apartment number and code to enter the building and said, “just get there.” Thankfully, by the time he arrived, EMT workers were on scene and our friend was safely in the ambulance.

I’m thankful that he is alive, but I also know the pain of losing someone when an outcry for help never happens. When a loved one goes missing, found, and it’s already too late. Just two years ago, I lost another good friend to suicide. A person whose smile lit up a room and who sang karaoke to the top of his lungs despite how terrible he sounded. Whether we were on our regular G-Chat, Skype or sharing a few drinks in a bar, he never showed any signs that he was in peril.

I never realized that deep underneath the smiles and laughs, he was masking an unsurmountable amount of pain that he never intended any of us to see.

When I finally got back home to New York, I went to visit my friend who had tried to hurt himself. We talked about a lot of things, but most importantly, we talked about the small window of time when all hopes seems lost. You can feel fine 10 minutes before and even the day after, but in that moment, nothing makes sense. I can relate, having had my own moments of feelings as if all life’s burdens, debt, and pain were just too much to bear.

Unfortunately, “moments” like these are part of a growing epidemic in the Black community, especially those with additional marginalization based on sex and gender. We are now well into National Suicide Awareness week (September 9-15) and the statistics are jarring.

Suicide in our community continues to be on rise especially for Black children. The numbers show that Black youth are taking their lives at twice the rate of white children—with rates for white children on the decline, while Black children are steadily increasing. When you look at LGBTQ youth, those numbers become even more dire.

According to the Centers for Disease Control and Prevention, Nearly one-third of LGBTQ youth have attempted suicide at least once compared to only 6 percent of heterosexual youth. These numbers are elevated because LGBTQ youth deal with a multitude of additional problems including bullying, homelessness, health disparities, and the inability to adjust to heteronormative school environments. In fact, over the last 10 years, the suicide rate among African American kids has gone up by 71 percent overall, growing from 86 suicides in 2006 to 147 in 2016, according to data from the CDC.

We live in a country where racism has permeated every system of life, rendering many Black kids with the inability to enjoy the beauty of safe and comfortable childhood. If it isn’t the pressure of growing up within a fractured K-12 school system that relies on a school to prison pipeline structure, then it is a home environment that is not conducive to discussing mental health. Many of us have heard the statements “man of the house,” “big girls don’t cry,” “boys don’t cry,” and “put on your big girl panties.”

These statements on the surface seem harmless, but what they really do is deny Black children the ability to emote. They tell Black kids to hold in their tears rather than express their pain. That intersected with a society that tends to age Black kids quicker and view them as adults, only forces them to then take on adult like burdens.

Our community needs to stop this notion that therapy, mental health, and suicide are not Black issues because they are. The numbers do not lie and our kids are dying in droves because of our inability to allow them to just be. We can no longer deny our people the space to say when they are desperately hurting. Many of these children who survive a traumatic youth are still carrying so much pain well into adulthood, where they manifest into self-inflicted violence.

I have to believe there is still hope. Our people have always been resilient and never one to shy away from an issue once it is recognized as a threat to our culture and well-being. We’ve got to acknowledge that our children are dying, the role we play in their deaths, and be vigilant in our efforts to save one another.

If you or someone you know is feeling suicidal or unstable, there is help out there. Please contact one of the following national resources:

Suicide Awareness Voices of Education (SAVE)

Crisis Text Line: Text Connect to 741741 from anywhere in the USA, Anytime, about any crisis