Bill Cosby is escorted into the Montgomery County Correctional Facility on Tuesday, Sept. 25, 2018, in Eagleville, Pa., after being sentenced to three-to-10-year prison sentence for sexual assault. (AP Photo/Jacqueline Larma)

While the world continues to react to Bill Cosby’s sentencing, details are starting to come out about the new $400 million Pennsylvania state prison where he’ll be serving out his sentence for drugging and molesting a woman more than a decade ago.

Tuesday, Cosby was sentenced to three to 10 years after his April conviction in the sexual assault cased filed by Andrea Constand, a former Temple University women’s basketball administrator, in 2004.

According to a spokeswoman for the Montgomery County district attorney’s office, the 81-year old comedian is expected to spend the first few days of his prison sentence at the Montgomery County Jail outside Philadelphia, then complete the rest of his time at SCI Phoenix in Collegeville, Pennsylvania.

At the brand new, state of the art prison, SCI Phoenix staff will be equipped to assess his physical, medical and security needs. It’s been speculated that he may even end up in a long-term medical care unit at the prison.

Despite the above board accommodations, the facility, which opened on July 9, reportedly has ‘limited access to water’ and the state’s most restricted telephone policy. 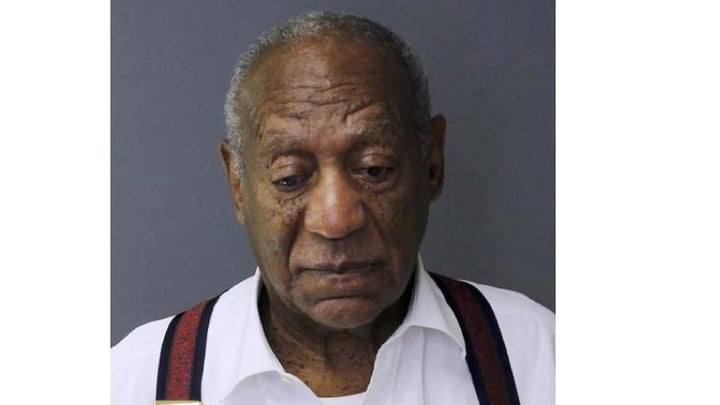 Inmates have also filed multiple complaints about their belongings being defaced or stolen when they transferred into the new facility and their personal photographs being graffitied. One man even alleges that a swastika was drawn on his brother’s forehead and a penis on his son’s mouth, with many described the defacing of their property as hate crimes.

The prison is staffed by 1,200 full-time employees and features 164 acreage inside its double ring of razor wire fences and among the prison’s program offerings are sex offender treatment, victim awareness and impact of crime classes.

If Bill Cosby is deemed at risk because of his celebrity or as a risk to others, he could be held in solitary confinement, and spending most of his days alone in a cell.

Otherwise, he’ll be able to share a two-person cell, and be allowed to leave for meals, exercise, counseling and other activities. According to corrections spokeswoman Amy Worden, he’d also be allowed to bring a personal tablet for music or games but wouldn’t have internet access.

As I walked out of the courthouse at the #CosbySentencing — a woman driving by, hanging out of her car screamed at the crowd, “If you raped, you don’t wait no 30 years to come forward!”
Another woman standing on the corner replied, “I did.” #cosby #METOO