Several decades after she unwittingly revolutionized medicine, the Baltimore woman is being given her just deserts for her genetic contribution 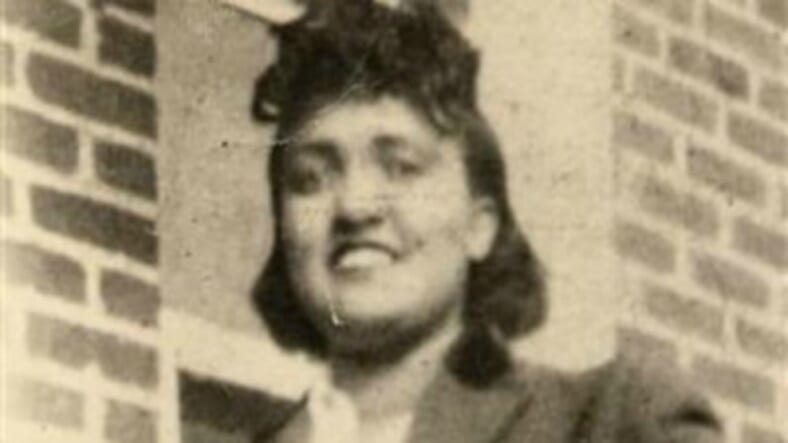 Cells taken from Henrietta Lacks, shown in the 1940s, eventually helped lead to a multitude of medical treatments. But neither she nor her family gave consent. (Credit: John Hopkins University/Lacks Family)

Henrietta Lacks died of cancer in 1951 at age 31, unaware of what her place in history would be, but her “HeLa” cells lived on and helped lead to a multitude of groundbreaking medical treatments. Now Johns Hopkins University will immortalize Lacks’ name by naming a new interdisciplinary building after her, the Baltimore Sun reported.

On Saturday, the ninth annual Henrietta Lacks Memorial Lecture was held and Lacks’ family gathered with officials for the announcement of the building, which is planned for completion by 2022 on the Johns Hopkins’ East Baltimore campus.

“[The building] will be a place that stands as an enduring and powerful testament to a woman who not only was the beloved mother, grandmother, great-grandmother to generations of the Lacks family, but the genesis of generations of miraculous discoveries that have changed the landscape of modern medicine and that have benefited in truth the much larger family of humanity entirely,” said Ronald Daniels, president of Johns Hopkins.

Daniel Ford, a representative for the Johns Hopkins School of Medicine, said naming a building after a patient is rare for the university. The Lacks’ family and the university have been in talks for the past year about the possibility.

Ever since Rebecca Skloot published her critically-acclaimed bestseller The Immortal Life of Henrietta Lacks in 2010, Lacks’ story has been at the forefront of the medical community, especially as it relates to ethical questions. Oprah Winfrey even made an HBO film about Lacks’ life and her family.

READ MORE: Teacher accused of calling Black student n-word and hitting him with a clipboard

Lacks has been diagnosed with cervical cancer when she delivered her youngest child in 1950 at Johns Hopkins, one of the few in the area that treated blacks. She died the next year, but without her consent or that of her family, her cells known as “HeLa” cells, were used in medical research.  Doctors discovered her cells could survive and reproduce outside the body, unlike others.

Because of this phenomenon, they became essential to modern scientific research around the globe, playing a vital role in developing the polio vaccine, cloning, gene mapping, in vitro fertilization and much, much more.

“So widespread was the subsequent distribution of HeLa cells over the years that 76,000 research articles have been written that cite use of the cells in one form or another,” writes David Kroll in his Forbes article, “Ethical Justice, But No Financial Rewards, For The Henrietta Lacks Family.”

After the ethical debates over the use of Lacks’ cells, the National Institutes of Health entered into an agreement with members of her family to get permission to use her genetic signature in its research.