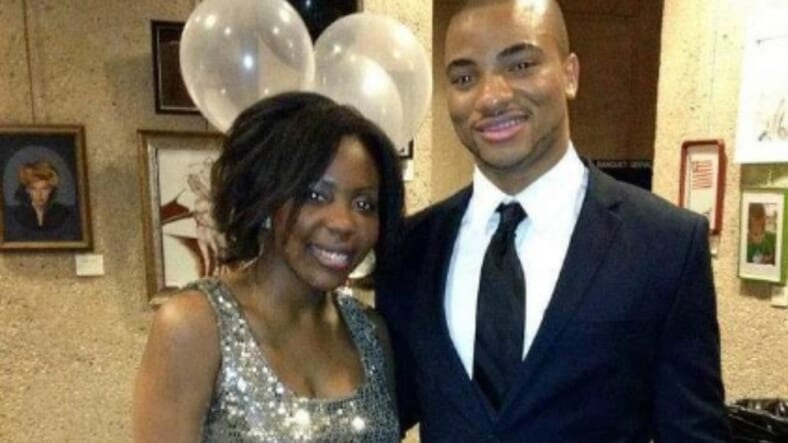 A couple lounging in the Airbnb home they rented in Los Angeles while on vacation had a wild night when their host bust through a glass window like Spiderman causing them to run and take cover.

Jaleesa Jackson and Chiedozie Uwandu traveled from Boston to LA and rented a small guesthouse they found on Airbnb. The couple were impressed by the listing and were even pleasantly surprised when they arrived and met with a bottle of wine chilling for them and a note from the “super host” JJ, the Boston Globe reports.

It seemed like the perfect getaway for the medical residents both studying anesthesiology, that is until their trip took a turn for the worst when the host jumped through a window and the guests had to barricade themselves in the kitchen with a knife.

Thinking that they were being robbed, Uwandu, jumped on the host JJ and pinned him down with his knee. JJ then demanded that the couple pay “cleaning fees.”

JJ broke free and Uwandu and Jackson realized that the suspected burglar was actually the host who had rented the home to them. They called 911 to report that the host had attacked them.

“I had no idea what was happening. But I reacted like we were under attack,” Uwandu said.

When police arrived JJ claimed that Airbnb told him to evict the couple over the cleaning fees. And that’s when the couple said they found out the deranged man wasn’t even the owner of the home. A woman arrived and reported that it was actually her home reportedly said that JJ was subleasing it without her knowledge.

Airbnb said it would refund the $708 the couple paid.

A spokesman for Airbnb reached out to the Grio with the following statement:

“Our original handling of this incident fell well below the high standards we set for ourselves. We have apologized to Dr. Jackson and Dr. Uwandu for our insufficient response. We are currently working with them to make this right, and we are reviewing every aspect of this case from the reports of the host’s disturbing behavior to our response. Our community’s safety is our priority, we are deeply sorry for the anguish and inconvenience our guests have experienced and again we are working to make it right.”