Did a quick-thinking mother stop a racist from launching a mass shooting? 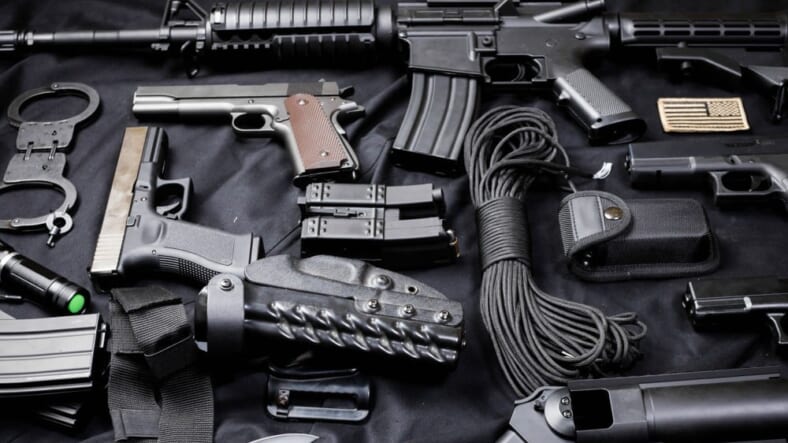 A New Jersey mom may have thwarted a mass shooting being planned by a Kentucky man who was allegedly sending violent racial taunts to her over social media.

Koeberle Bull, 40, received a hateful and chilling Facebook from Dylann Jarrell that alarmed her enough to contact authorities because she believed that her life was in imminent danger. Jarrell, 20, was arrested when Bull called police about what she was receiving.

READ MORE: ‘I think it was on purpose’: Lawsuit says black girl had rope tied round her neck by kids on field trip

“[He was] basically repeating himself about hoping my children would die and be hung because they’re black. It was definitely racially motivated, ‘you and your monkey children’ and using the ‘n’ word a lot,” she said.

Police say Jarrell planned to carry out a detailed attack to kill students and staff at two central Kentucky school districts. He was found last week with a firearm and more than 200 rounds of ammunition, posing a “credible and imminent” threat to two school districts in western Kentucky, The Washington Post reports.

He was taken into custody while pulling out of his driveway in Anderson County, Ky., with all of the ammunition and weapons inside his vehicle. He was arrested on two counts of second-degree “terroristic threatening” and one count of harassing communications, according to police.

“He was caught backing out of his driveway with the tools he needed to commit this heinous act,” Kentucky State Police Commissioner Rick Sanders said at a news conference.

Sanders added that “this young man had it in his mind to go to schools and create havoc. He had the tools necessary, the intent necessary, and the only thing that stood between him and doing evil was law enforcement.”

Bull is white but said her children are biracial. She told the Post that her Facebook profile has a photo of her three children, ages 8, 11 and 16. But she has no idea why Jarrell chose her page and sent her a private message.

After Jarrell sent the hateful message, he blocked Bull so she couldn’t see any of his information. But her friends acted as super sleuths and looked up his information to help her report him to the police.

“Something in the back of my head was like, this isn’t right — like, something’s not sitting well,” she told the station.

According to an image of the message that Bull provided to The Post, it read: “There’s no such thing as white privileged . . . I hope your black children gets hung for you being so stupid. They have all the same rights we have now a days so please you and your monkey children go die.”

She said she was concerned about the message so she contacted police. “I was protecting my own children and standing up for what’s right,” she said Tuesday.