"HBCU’S do it better than anyone else." 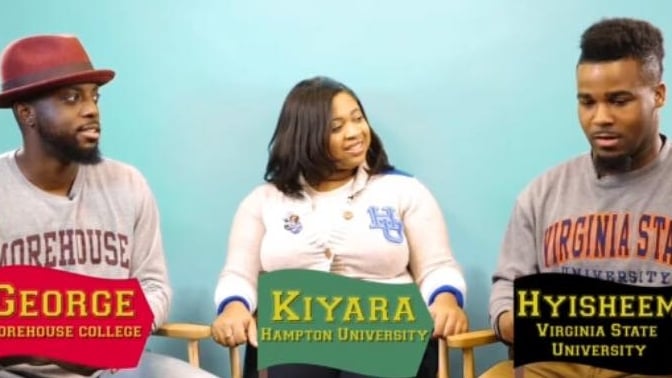 HBCUs were established during a time where African-Americans were denied education due to their race. Despite the storied history, some people still question the relevance of these universities and colleges and whether they are financially viable institutions.

Historically Black Colleges and Universities (HBCUs) will always be significant in the Black community. From the legendary alumni to the parties to the marching bands, our schools have it on lock.

According to Smithsonian National Museum of African American history and culture, “The first colleges for African Americans were established largely through the efforts of black churches with the support of the American Missionary Association and the Freedmen’s Bureau. The second Morrill Act of 1890 required states—especially former Confederate states—to provide land-grants for institutions for black students if admission was not allowed elsewhere.”

Now, there are over 100 HBCUs providing history and culture to Black students. Outside of its rich history and accomplished alumni, one of the best things about HBCUs is the homecoming experience. Nothing compares to it.

“It’s actually impossible to bring somebody to an HBCU experience if they didn’t go there. It’s really every man for itself, you’re just going to find your friends later,” says Brittany.

During homecoming, you might bring your friends, family and even your significant other to this black celebration. Our alumni panel shared some tips on how to get bae right for the season— and if it’s actually a good idea to have bae around.

“You gotta get her ready. You gotta make sure she’s not wearing the wrong colors,” says Calier. “You gotta let her know certain things, don’t make this specific sound.”

“I actually have to go shopping for him,” says Smith.”We have to make sure he has clothes for the all black affair.”

“I mean honestly, you might want to throw on some paraphernalia just to throw some people off,” George jokes.

“I had to bring her to homecoming because she needed to understand and see what I’m giving off at all times,” says Jorrell. “This HBCU thing, I just give it off. Right now she knows, she is never coming to homecoming again.”

“Long story short, the question only exist if bae’s real,” says Williams. “If bae’s real don’t bring them because they might get snatched.”

Check out the video for some more hilarious moments and have a happy homecoming!