Although the star achieved another personal milestone, the Lakers still suffered a loss to the San Antonio Spurs 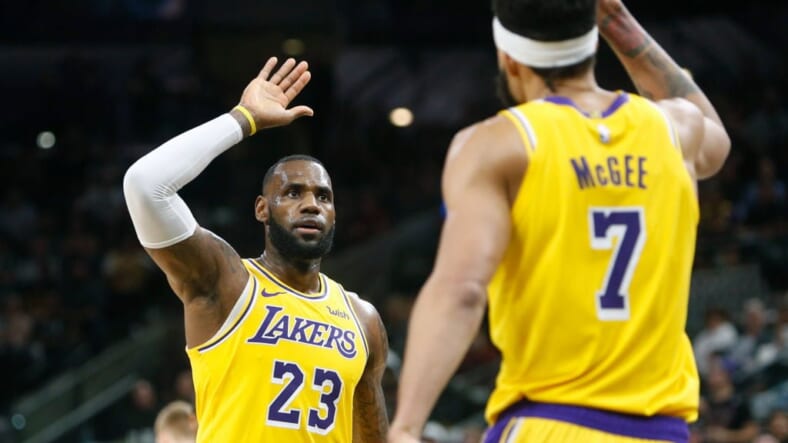 The Los Angeles Lakers star began the game against the San Antonio Spurs with 31,167 career points, just 20 shy of Nowitzki. He passed the longtime Dallas Mavericks star with his 21st point on a jumper from the right wing with 7:51 left in the third quarter. James finished the game with 31,202 points.

“For me to be in the same conversation with those guys in anything that we’re talking about as far as basketball, it’s a tribute,” said James.

With the achievement, James became the league’s active leader in points. Nowitzki is currently out recovering from an ankle injury, but says he plans to come back and play a 21st season.

Some believe James can topple other records as well, next season and beyond, granted he stays healthy. Kareem Abdul-Jabbar holds the league’s top scoring record with 38,387 points, followed by Karl Malone at 36,928 points and Kobe Bryant at 33,643 points.

Nowitzki thinks James has what it takes to potentially become the game’s all-time leader.

“If he stays healthy, the way he’s looking and moving, he has a chance at Kareem,” Nowitzki told ESPN. “His numbers have been unbelievable. He doesn’t seem to slow down. … If he keeps this up, he can pass Kareem.”

James finished with a season-high 35 points against the Spurs Saturday night, going 13-of-21 from the field, however the Spurs held on for a 110-106 victory.