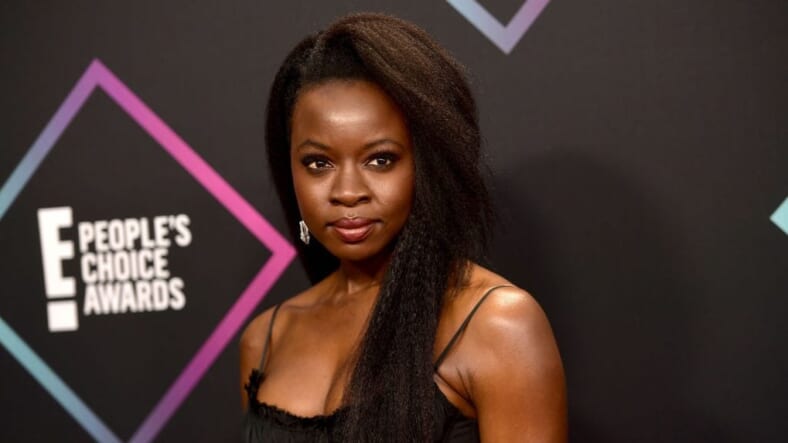 The 2018 People’s Choice Awards went down on Sunday night at the Barker Hangar in Santa Monica, California and a few of our favorite stars went home with a trophy.

The award show aired live on E! and featured tons of famous faces who seemed happy to take a break from the treacherous fires that left several celebrities without a place to stay over the weekend.

Kevin Hart beat out Tiffany Haddish, Damon Wayans, Amy Schumer and Ali Wong for Comedy Act of 2018, proving he remains a fan favorite. Nicki Minaj nabbed two awards on Sunday night including Album of 2018 for Queen and Female Artist of 2018.

Khloe Kardashian took home the top prize for Reality Star of 2018 and Keeping Up With The Kardashians won Reality Show of 2018.

“It’s been a really rough week in our home in Calabasas, Hidden Hills, and [for] our neighbors in Thousand Oaks and Malibu,” said Kim Kardashian West during her acceptance speech for KUWTK. “Our hearts are broken from the horrific shootings and those who have lost their lives and homes, as well as the hundreds of thousands of us that have been evacuated from the devastating fires that are currently burning.”

She also urged viewers to donate to funds that are supporting firefighters and victims.

“Action is necessary. So anything we can do to help — as simple as donating to the many organizations that are collecting supplies, no form of help is too small,” she said. “Our country is stronger when we come together and we cannot face devastation alone. We must continue to reach out and help each other in these trying times.”

The served up some strong performances from stars like John Legend, Nicki Minaj, Rita Ora, and Lady Gaga, who took the stage between award presentations.