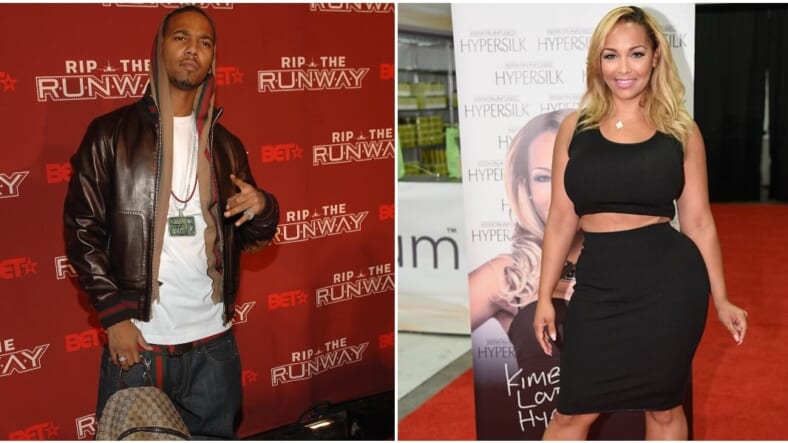 Juelz Santana and his longtime girlfriend Kimbella Vanderhee have been dating on-and-off for nearly a decade and fans were just as thrilled as she was when he finally popped the question while performing at the Apollo Theater on Friday (Nov. 23).

Santana and The Diplomats hit the stage at the famed Harlem music hall for a one-night-only show marking the release of their new nine-track album Diplomatic Ties, which dropped on Thanksgiving.

“We are committed to celebrating the legacy of Black music and its effect on popular culture,” Kamilah Forbes, Apollo’s executive producer, said in a statement. “Dipset is a perfect example of a group that started here in Harlem and made an impact on music that lasted decades.”

Fellow Dipset member Cam’Ron posted a close-up video on Instagram of the moment Santana proposed to the reality TV star. The clip was captioned: “She said yes! Gangsta s**t!”

Check below for the video.

The proposal comes ahead of the couple’s return to the Love & Hip Hop: New York franchise.

After nine years together and two children, Vanderhee has dealt with everything from infidelity to drugs addiction. She and the rapper will spill even more tea about their personal lives and issues on LHHNY, including a therapy session where Santana admits to “dabbling” in prescription pills and opens up about transitioning to “being clean and sober.”

“I had been drinking like a cough syrup, we call it ’lean.’ The hip-hop industry I was in just made it a cool thing and I had a lot of teeth problems,” he shares. “I was prescribed percocets from the doctor and I kinda’ started abusing that.”