Once again, Donald Trump is proven to be ignorant and completely clueless of facts 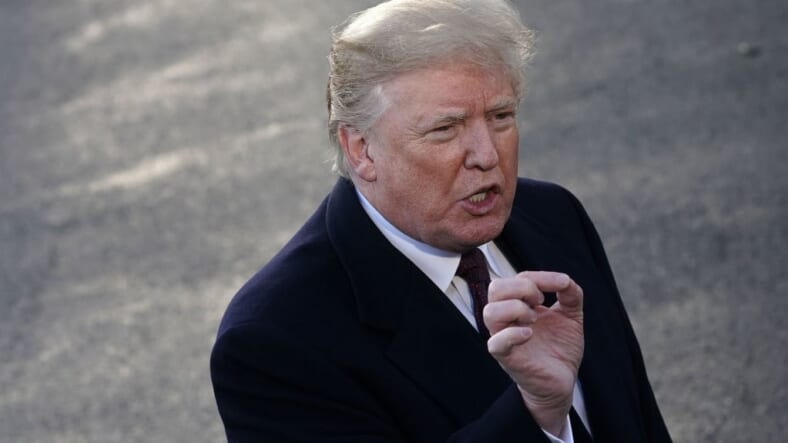 President Donald Trump. (Photo by Alex Wong/Getty Images)
While you were recovering from your Thanksgiving holiday feast on Friday, the White House quietly released an alarming Climate Change report detailing the severe effect of unchecked greenhouse emissions on American livelihoods, agriculture and economy.

“We know that our climate is changing. Our climate always changes and we see those ebb and flows through time,” Sen. Joni Ernst (R-Iowa) said on CNN’s “State of the Union.”

Donald Trump has regularly expressed doubt about climate change — repeatedly claiming that it’s a “hoax” — but the 1,700-page report, produced by scientists from 13 federal agencies, contradicts all of his environmental policies and nearly every theory and proclamation he has made about climate science.

The report, which is required by law to come out every four years, confirms that climate change is directly connected to ongoing environmental issues such as low water levels, turbulent storms and deadly wildfires.

“This demonstrates once again that Donald Trump is not an individual to be taken seriously on any topic, let alone matters as serious as climate change,” Michael Mann, a climate scientist at Pennsylvania State University, told HuffPost in an email. “He is a clown — a dangerous clown.”

“Low-income communities and some communities of color are often already overburdened with poor environmental conditions and are disproportionately affected by, and less resilient to, the health impacts of climate change,” the report stated.

Per the New York Times:

“But in direct language, the 1,656-page assessment lays out the devastating effects of a changing climate on the economy, health and environment, including record wildfires in California, crop failures in the Midwest and crumbling infrastructure in the South. Going forward, American exports and supply chains could be disrupted, agricultural yields could fall to 1980s levels by midcentury and fire season could spread to the Southeast, the report finds.

All told, the report says, climate change could slash up to a tenth of gross domestic product by 2100, more than double the losses of the Great Recession a decade ago.”

The world’s scientists agree that the climate is changing rapidly and the report predicts the Midwest will be most impacted by increased temperatures, resulting in 2,000 premature deaths by 2090.

“Adaptation and mitigation policies and programs that help individuals, communities, and states prepare for the risks of a changing climate reduce the number of injuries, illnesses and deaths from climate-related health outcomes,” the report stated.