This is the third child for the reality star and her husband, Chris Samuels. 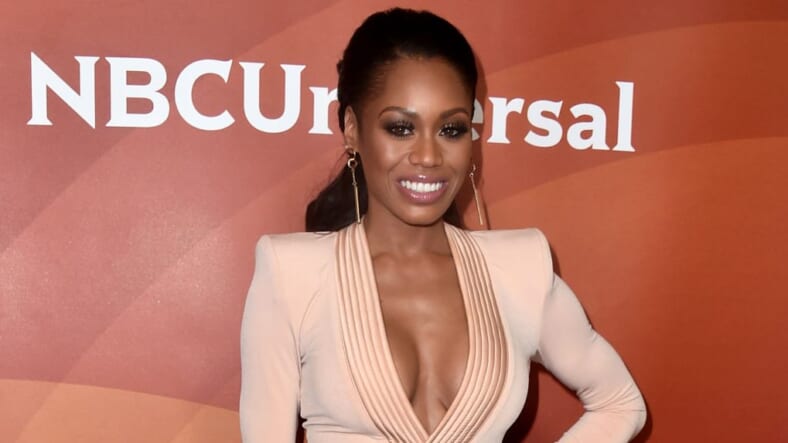 Monique Samuels and her husband, Chris Samuels just welcomed their third child. The Real Housewives of Potomac star gave birth to a baby boy on Monday.

It’s… A… BOY!!!! Told yall! I’m 3 for 3 with guessing genders now ???? Chase Omari Samuels born 1 week early (today) at 4:56pm weighing 8lbs 15oz 21” long! Thank God for a safe and fast delivery and one healthy baby boy!!!! Thank you all for the well wishes and prayers ??? Thank you @people for another amazing exclusive and thanks to my sister @callme_tosh who took all these pics ? and didn’t pass out while I pushed the baby out ??? . . . #rhop #moniquesamuels #partyoffive #newbaby #newborn #babyboy #peoplemagazine #exclusive #itsaboy #saggitarius #ChaseOmariSamuels

Monique and her hubby (former Washington Redskins player, Chris Samuels) are over the moon about their bundle of joy and already have two other children together; 5-year-old, Christopher and 3-year-old Milani.

Monique Samuels was open about the miscarriage she suffered during last season of the Bravo reality show.

“As soon as I took the pregnancy test, Chris was grinning from ear to ear. And it never once dawned on me that we would lose it…Until you’ve experienced loss, it’s hard to even put it into words,” she said on the show.

“It kind of haunts you,” she told PEOPLE of the ordeal over the summer. “The first times I was pregnant, it came so easily. I took that for granted. Now that I’m pregnant again, it’s almost like I second guess everything that I’m doing. Even with movement. I’m making sure I’m not moving too fast so I stretch my stomach. It’s something I didn’t think about with my first two pregnancies.”

Samuels took extra precautions this time around, especially after discovering two tears in her placenta during her pregnancy. She cut out her workouts, sex, and chores.

“It was very scary,” she told PEOPLE. “They say it’s not uncommon, but if the placenta detaches completely from the wall, you could lose the pregnancy[even if] the baby is healthy… It just put more stress on the table. I was a week further along than I was in my last pregnancy. I thought I was past all that. Like, ‘Oh God, I don’t want [this] to happen again.’”

She also waited a little longer than usual to reveal her latest pregnancy. Congrats!