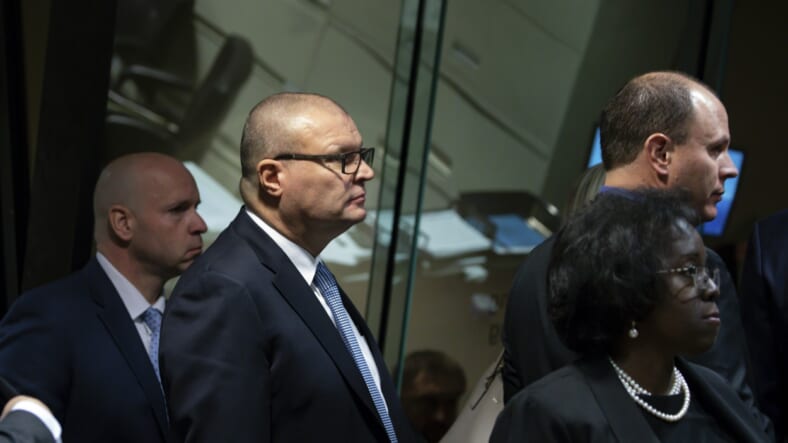 On Tuesday, the trial of three Chicago policemen who conspired to cover up the shooting of 17-year-old Laquan McDonald and protect their fellow officer, began with the prosecutor arguing that the trio collaborated in their conspiracy, according to Reuters.

Prosecutor Patricia Brown Holmes made the case that the defendants David March, Joseph Walsh and Thomas Gaffney violated public trust when they agreed to fix their stories of what happened to McDonald in order to protect officer Jason Van Dyke.

“Instead of serving and protecting all citizens of Chicago, the defendants tried to protect only one, Jason Van Dyke, by trying to create a false justification for the shooting of Laquan McDonald,” Holmes said.

“Whatever your feelings are about Jason Van Dyke, whatever you believe about his actions, that’s different than what these men did and what these men wrote,” James McKay, March’s attorney, said.

Van Dyke was found guilty of the 2014 shooting death of McDonald and 16 counts of aggravated battery, but was not convicted of official misconduct. Van Dyke shot the teen 16 times and continued to fire his weapon even as the teenager lay on the ground motionless. None of the other officers on the scene opened fire.

Van Dyke took to the stand in his own defense, giving a version of the fateful encounter that did not correlate with the video evidence prosecutors presented.

READ MORE: Come with me and be immortal’: Horror classic ‘Candyman’ to be brought back to life by Jordan Peele

He claimed McDonald “advanced” toward him during the encounter with a knife in his hand and that is what prompted him to open fire. The video evidence proved that recollection of events to be false.

The three defendants on trial offered conflicting testimony about the shooting.

They have pleaded not guilty to charges of conspiracy, official misconduct and obstruction of justice. The bench trial is expected to continue into next week. According to reports, Gaffney was suspended without pay. Walsh and March, are no longer officers.

Meanwhile, as the trial enters its second day, Chicago police officer Dora Fontaine was expected to take the stand in the trial on Wednesday, the Chicago Tribune reports. She has been granted immunity in an arrangement similar to the one she had when she testified in Van Dyke’s trial.

The Van Dyke verdict marked the first time an on-duty Chicago cop was held criminally liable for the killing of an African American.