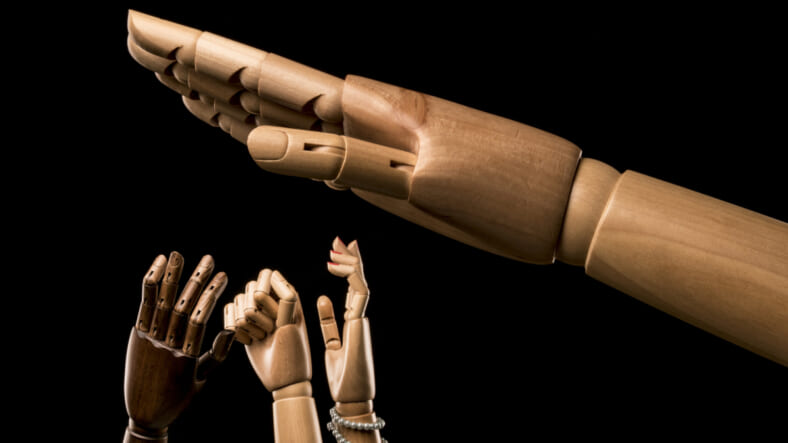 In a world where young Black men are getting escorted out of public malls just for wearing hoodies, in stark contrast, the Baraboo School District in Wisconsin has decided not to pursue any punitive action against a group of white students who went viral for performing the Nazi salute in their prom photo.

The picture, which was taken last year before the Baraboo High School junior prom, only recently started circulating on social media after after journalist Jules Suzdaltsev called it out on Twitter.

READ MORE: VIDEO – Police arrest Black teens for wearing hoodies in Memphis mall and the journalist that tried to help them

Despite the hateful salute, according to the Wisconsin State Journal, Baraboo School District Administrator Lori Mueller said that the students are protected by the First Amendment, and since the photo was taken off campus by a photographer not paid by the school (but who does happen to be one of the students’ parents), no disciplinary action would be taken.

“As previously stated, we cannot know the intentions in the hearts of those who were involved,” Mueller wrote after claiming to have done a 10-day investigation involving local authorities, parents and witnesses. “Moreover, because of students’ First Amendment rights, the district is not in a position to punish the students for their actions.”

If anybody from Baraboo High School in Wisconsin can clue me in on why it appears the entire male class of 2018 is throwing up a Sig Heil during their prom photos – that would be great.

In response to the District’s announcement, Suzdaltsev posted a screenshot of a conversation with a Baraboo High School student claiming that the school has a history of double standards when it comes to who gets punished and who doesn’t.

“I also went to Baraboo High School, and have had some problems with the boys in the prom picture,” the student explains in the message. “The day after President Trump was elected, I heard one of them shouting “White Power!” in the hallway. I immediately went to a school official, but was told that nothing could be done because it was his First Amendment right and he wasn’t harming anyone. I was then told that I should look up videos of Black Lives Matter protestors being hostile towards police, and that I should get a tougher skin. I left the office still upset, but never pursued it further because of the initial response to my complaints.”

The journalist says this is just one of hundreds of messages he’s received with similar allegations of mistreatment and tolerance shown towards blatant racism on campus.

I’d also like to remind everybody that in the 100s of messages I received from students who had been bullied & harassed – the administration’s consistent response was, “There’s nothing we can do, you’re just going to have to deal with it, it’s their constitutional right.”