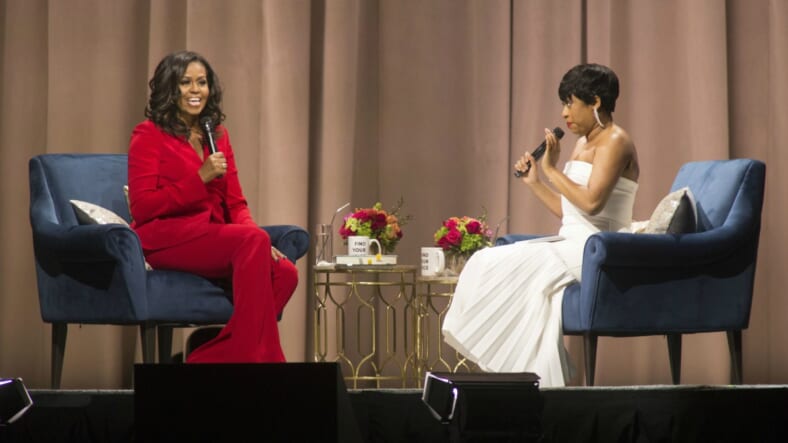 Former first lady Michelle Obama, left, is interviewed by Phoebe Robinson during the "Becoming: An Intimate Conversation with Michelle Obama" event at the Wells Fargo Center in Philadelphia. (Photo by Owen Sweeney/Invision/AP)

NEW YORK (AP) — Michelle Obama’s “Becoming” is selling at a pace rarely seen for a political memoir, or any nonfiction book.

“Becoming,” which came out Nov. 13, now has 3.4 million hardcover copies in print. The former first lady is in the midst of a promotional tour, with guests including Oprah Winfrey and Reese Witherspoon.