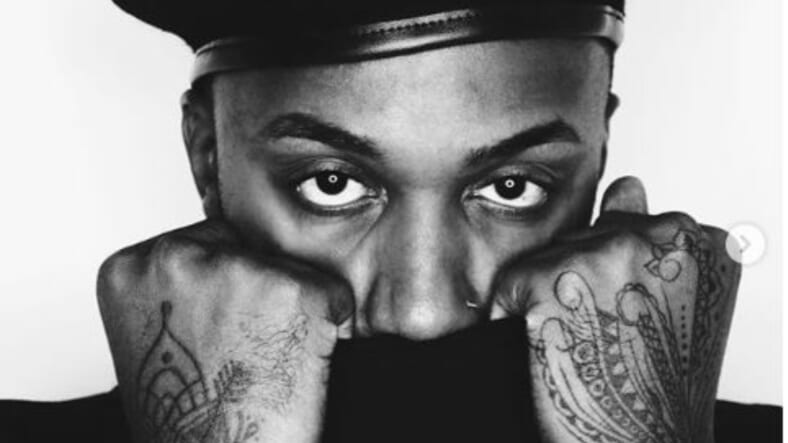 I will never forget the day I was diagnosed. I was living in Richmond Virginia and working for my alma mater in the office of Student Accounts. I hadn’t been feeling well since my 25th birthday which had been a few weeks prior and deep inside I felt I knew what it was. Being a Black gay man, it wasn’t lost on me that HIV was a problem for our community and that I was high risk to contract the virus.

It was on November 19th, 2010 that I got up the courage to go and get an HIV test. I remember sitting in a room by myself for about 20 minutes waiting for the results to come back. At that moment all I could do was pray but I also knew that whatever the results were, I was going to have to deal with it. The tester came in and got me and took me into another room where there was a nurse waiting for me. They read my results and I broke down in tears.

—Exec Director of NBJC, David J. Johns talks World AIDS Day and disproportionate rate in the Black community —
Unfortunately, my naivete around HIV at that time was much like my decision to have this test done during my lunch break. So, after crying for about 30 minutes, I pulled myself together and went back to work. Emotionally, I was a wreck. I was going to college, working full-time, and on my master’s degree and thought why me? I felt that I had done everything right, but also felt that in some way, this was punishment for my life as a gay man—one who at the time was still not publicly out.

I made the decision that day that whatever happened to me after that, was what was meant to be. After going to only to one doctor’s appointment I  decided I wasn’t ready to go on treatment, one of the worst decisions I’ve ever made in my life. But the stigma was just too much for me to bear. The guilt that I hadn’t done everything I was supposed to do to protect myself from contracting the virus. The fact was that it was too hard for me to accept that I was HIV positive.

It would be three years before I finally got the courage to go on treatment, after moving to DC and being urged by my best friend that it was time for me to take care of myself. I remember starting treatment with a viral load around 3,000 and within 3 months of treatment, being deemed “undetectable”—meaning I no longer transmit the virus and am virally suppressed. On that day I cried, but these were tears of happiness. Tears that the burden I held for so long had finally been released.

—OPINION: Here’s how you can #TalkToTheBabies if they trust you enough to disclose their HIV status—

Now almost eight years from my initial diagnosis, I am healthy and much wiser about the virus. The stigma, unfortunately, has not left many of our communities. Although HIV is not what we faced in the late ’80s and early ’90s, people are still contracting the virus in Black and brown communities at epidemic level rates—specifically black women and black men who have sex with men. Although I am not ashamed to publicly live as an HIV positive person, I have had my status used against me many as a way to tear down my humanity.

Although the virus is treatable, people are still very much fearful of the stigma placed upon those who are positive. There is still a lack of education around the virus, with many still very unsure about how it is even transmitted. We need more education in the populations most infected, especially that of the deep south where transmission rates continue to grow for people of color.

World AIDS Day is an important reminder of how far we have come, but also how much further we must go to one day end this virus which is still deadly. We are living in scary times, where the Trump administration in two years has decimated  AIDS policies for the country, while also attempting to make cuts and defund programs to help people who are living with HIV afford medications. Our fight must be as fervent as the ACT UP activists of our past, who threw the ashes of their loved ones lost on the front lawn of the white house.

I truly hope to live in a world that is free of HIV. There is currently no cure for this virus that has taken so many lives and continues to take them on a daily basis. It is now that we must continue the fight much like our ancestors of the past to ensure that HIV is no longer an issue in our community—a fight that starts with each of us knowing our status.