The gunman allegedly pointed his weapon after threatening two other people 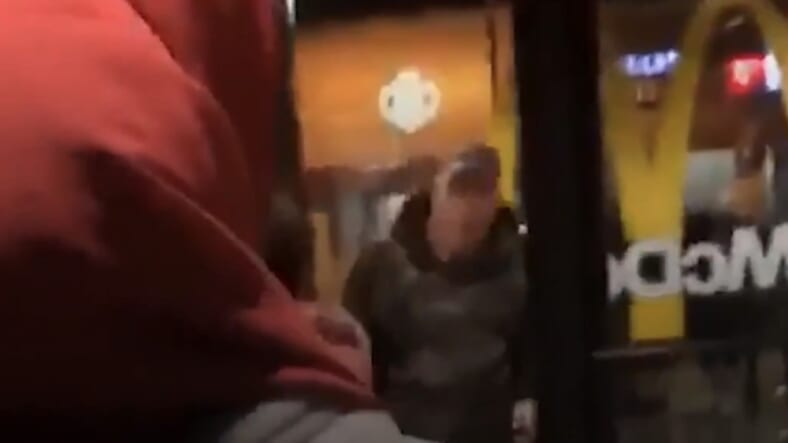 A Minnesota man is being charged with felony terroristic threats after he allegedly pulled out a gun on a group of Somali teenagers inside a McDonald’s fast food restaurant in Eden Prairie.

According to the Minneapolis Star Tribune, the man, identified as Lloyd E. Johnson, 55, was also was charged with carrying a pistol without a permit.

During a Monday morning press conference, several of the youths present during the incident spoke out saying that they had feared for their lives.

“Mr. Johnson did everything he could to provoke this incident, by insulting the young lady in front of him, to confronting a second person and finally pulling a gun after he already had moved away from the confrontation,” said Hennepin County Attorney Michael Freeman.

“While he is innocent until proven guilty, this is outrageous behavior and it is only through sheer luck that no one was injured by his actions.”

On Nov. 19, two young women filed a complaint with police stating that they were in line attempting to pay for their food with a digital app, when Johnson, who was behind them, told them to hurry up.

While they struggled to make the app work, he spoke up stating, “You were probably trying to pay with EBT,” referencing the Electronic Benefit Transfer card which used by people who receive federal food assistance benefits.

After one of the women turned to respond, Johnson allegedly approached the second woman and aggressively balled his hand into a fist, which she said made her fear he was going to hit her. That’s when the first woman ran to the dining area to get some of their friends to come to their aid.

Johnson briefly broke away from the altercation only to return mere seconds later telling everyone to back up. He then pulled out a handgun that was concealed in his waistband before walking out the door.

Investigators are currently reviewing clips of the incident from cellphones along with surveillance footage from the restaurant which shows Johnson playing the role of the aggressor.

When interviewed by authorities Johnson admitted to making the snide comment about EBT and confirmed he did not have a permit to carry his firearm.