In continued backlash over Temple University professor Marc Lamont Hill's comments on Israel, the school's chairman says others there are upset as well 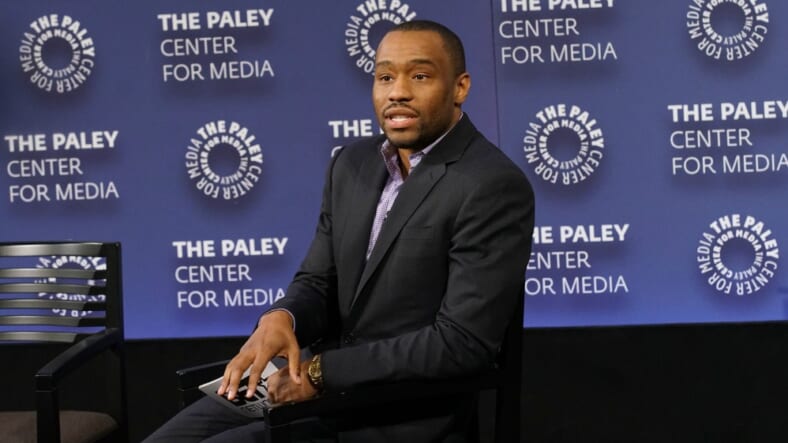 Moderator Marc Lamont Hill attends BET Presents 'An Evening With 'The Quad'' At The Paley Center on December 7, 2016 in New York City. (Photo by Bennett Raglin/Getty Images for BET Networks)

Last week, CNN parted ways with contributor Marc Lamont Hill after a speech the Temple University professor made on Israel and Palestine sparked outrage, and now it appears the school’s chairman wishes they could follow suit.

On Thursday, during a speech at the United Nations, Hill denounced the oppression of Palestinians and instead endorsed “a single secular democratic state for everyone” over the failed two-state solution to the Israel-Palestine conflict.

According to NBC News, amid objections to Hill’s speech by the Anti-Defamation League (ADL) and other groups, a CNN spokesperson confirmed Hill was no longer under contract just 24 hours later.

Now Temple University’s Board of Trustees chairman, Patrick O’Connor, is chiming in, calling the professor’s comments “lamentable” and “disgusting.”

“It should be made clear that no one at Temple is happy with his comments …,” O’Connor said in a sternly worded statement. “Free speech is one thing. Hate speech is entirely different.”

While standing before the U.N.’s Committee on the Exercise of the Inalienable Rights of the Palestinian People in New York, Hill, a professor of media studies at Temple, urged a boycott and divestment from Israel in response to accusations of the country depriving Palestinians of basic human rights.

“We have an opportunity to not just offer solidarity in words but to commit to political action, grass-roots action, local action and international action that will give us what justice requires and that is a free Palestine from the river to the sea,” Hill said.

READ MORE: Marc Lamont Hill fired from CNN amid accusations of anti-Semitism that he denies

.@marclamonthill spoke up powerfully to the UN in honor of the Intl. Day of Solidarity With Palestinians and CNN has fired him. Call on @CNN to reverse this decision. For justice, equality and dignity #IStandWithMLH

While that statement may seem innocent on the surface, the ADL considers the term “river to the sea” anti-Semitic code for the destruction of Israel often used by Hamas and other anti-Israel groups.

But Hill refutes the allegations accusing him of anti-semitism. “My reference to ‘river to the sea’ was not a call to destroy anything or anyone,” Hill said on Twitter. “It was a call for justice, both in Israel and in the West Bank/Gaza. The speech very clearly and specifically said those things.”

Despite the clarification, O’Connor is still incredibly displeased with the negative publicity the professor’s comments have brought to the University. However, according to The Philadelphia Enquirer, since Hill is a tenured employee, it would be incredibly difficult and highly unlikely that he’d be fired.

“Long-established tenure rules exist to protect academic freedom, the right of a professor to say unpopular things,” reported the newspaper.

“I’m not happy. The board’s not happy,” said O’Connor. “The administration’s not happy. People wanted to fire him right away. “We’re going to look at what remedies we have.”

O’Connor also told the paper that if Temple was a private university he and others would have taken the steps to “fire him immediately.”

In an op-ed published on Saturday, Hill apologized, writing: “Critics of this phrase have suggested that I was calling for violence against Jewish people. In all honesty, I was stunned, and saddened, that this was the response.”

“At the time, I believed that these demands made in the speech sufficiently reflected my belief in radical change within Israel, not a desire for its destruction,” he continued. “Clearly, they did not.”

“I take seriously the voices of so many Jewish brothers and sisters, who have interpreted my remarks as a call to or endorsement of violence. Rather than hearing a political solution, many heard a dog-whistle that conjured a long and deep history of violence against Jewish people. Although this was the furthest thing from my intent, those particular words clearly caused confusion, anger, fear, and other forms of harm. For that, I am deeply sorry.”