WATCH: The First Step Act could be a start towards prison reform 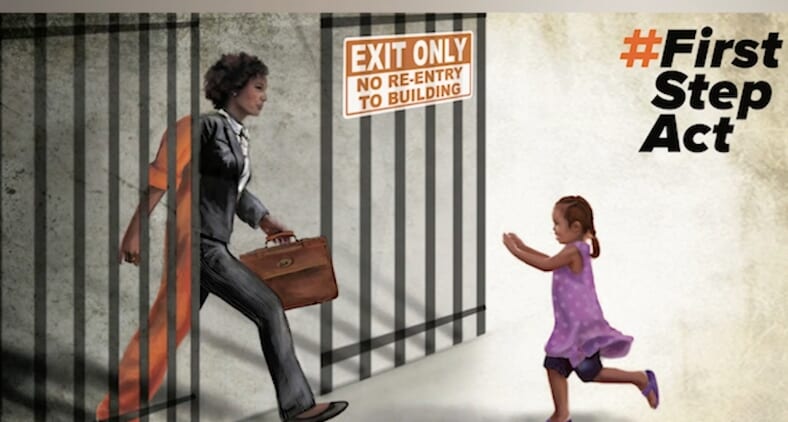 But did you know there’s a reform bill that could free 4,000 people, right now?

If the Senate votes on it, The First Step Act (a bipartisan bill with support from Democrats, Republicans, even “law and order” President Donald Trump) changes the way federal prisoners are sentenced, reducing three strikes to life minimums. It gives people credits for good behavior, which can speed up their release and it keeps prisoners within 500 driving miles of their families.

For people like Michael Alexander (who’s serving 22 years behind bars and is 700 miles away from his family- the equivalent of two to three states) and Tanesha Bannister (a mother of two children who’s serving a 23 years sentence and would go home five months earlier) if the bill passes, it may not seem like a lot but to her and her eight and nine-year-old kids, it’s everything.

The bill is far from perfect, it only affects the approximately 180,000 people in the federal prison system– which is nothing compared to the 2 million plus people in local prisons across the country– and the algorithms, which determine who are low-risk prisoners–have been accused of being racist with companies who track prisoners after their release set to make bank.

But even with all the support for the bill, Mitch McConnell isn’t bringing it to a vote and as the hours’ pass, activists are desperate to get it through.

Even if The First Act isn’t perfect, it deserves to be put up for a vote.