Democrats like Sen. Kamala Harris, are split on whether the bipartisan bill will go far enough. 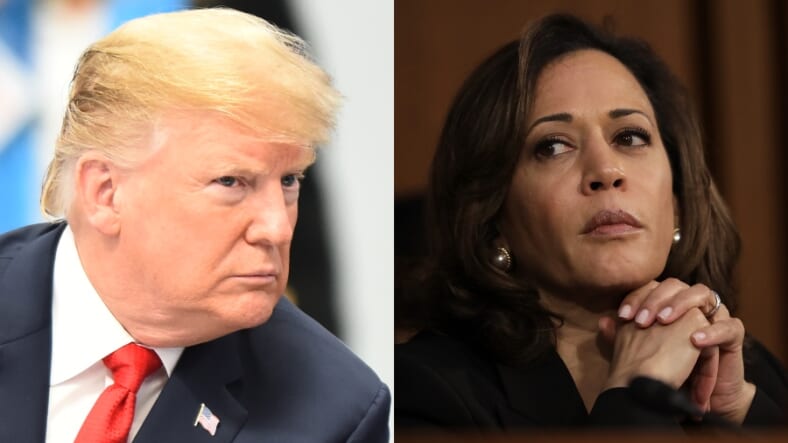 Is criminal justice reform the one thing this country can agree upon?

Some say the issue may spark a rare moment of bipartisanship in the era of Donald Trump, and a vote could be coming soon.

Many Democrats and Republicans are throwing support behind The FIRST STEP Act, a reform bill which cuts excessive prison sentences for federal prisoners (no more “three strikes”= life) and gives prisoners incentives to participate in programs to better themselves and earn credit for good behavior, amongst other things.

It also takes reforms from the Obama-backed Fair Sentencing Act of 2010 (which evened out unfair and racist differences between punishment for selling crack vs. cocaine), and applies them to people who were in prison before the law went into effect.

If FIRST STEP goes into effect, almost 4,000 people could be eligible for early release immediately.

The act has even got the support from “law and order” President Trump, whose son-in-law Jared Kushner (Kushner’s father served time in federal prison for illegal political donations) is leading efforts in favor of it.

But not everyone on either side of the aisle is sold on the FIRST STEP Act. Sen. Kamala Harris (D-CA), a former prosecutor and likely presidential contender for 2020, is one of the undecided votes in the Senate. According to The Hill, Harris said she’s weighing the “ideal” against not letting “perfect be the enemy of the good.”

Critics have scrutinized her record as a prosecutor, saying she didn’t go far enough to advocate for reform, while supporters have said she was smart on crime.

So What’s Missing From FIRST STEP?

Sen. Harris joins other Democrats like Sen. Elizabeth Warren (D-MA) who have yet to decide on the bill because of what’s missing.

For starters, FIRST STEP only applies to the Federal prison system, which has about 183,000 prisoners.  That pales in comparison to the 2 million plus people in state and local prisons and jails. Even if it passes in Congress, the impact will be pretty small overall.

“It prevents those convicted of the most serious crimes from reducing their sentences by participating in the programs this bill cites as essential to smart criminal justice reform.”

Also problematic: there’s evidence that the algorithms that would be used to determine which prisoners are first eligible for certain benefits from the bill, are racist.

Organizations like the ACLU support the FIRST STEP Act, now that it’s been revised from previous iterations.

“The legislation… is not without its problems,” writes Charlotte Resing, an ACLU policy analyst. “Nevertheless [it] is an important improvement for advocates and directly impacted communities who have been fighting for sentencing reform for years. The provisions in this bill can directly improve the lives of people harmed by our broken criminal justice system.”

Senator Cory Booker (D-NJ) who initially opposed the act for not being strong enough in reform, changed his position in mid-November after pushing for revisions.

“This compromise is a far better and more comprehensive approach to reform than the flawed House-passed bill that I opposed earlier this year,” said Booker in a press release. “It includes critical sentencing reform provisions that were left out of the House bill.”

The person actually holding up passage of the bill is Mitch McConnell. Why you may ask? There are some Republican who strongly oppose the bill’s reforms, so analysts suspect bringing it to a vote could cause drama in McConnell’s party.

Many criminal justice advocates are pushing for a vote before Congress goes out of session.

In a country where African-Americans are locked up at five times the rate of White Americans, the stakes are high in any conversation about criminal justice reform.

Beyond laws, real lives hang in the balance as politicians debate next steps, and Black people always bear the brunt of the pain.

As Michelle Alexander writes in “The New Jim Crow,”