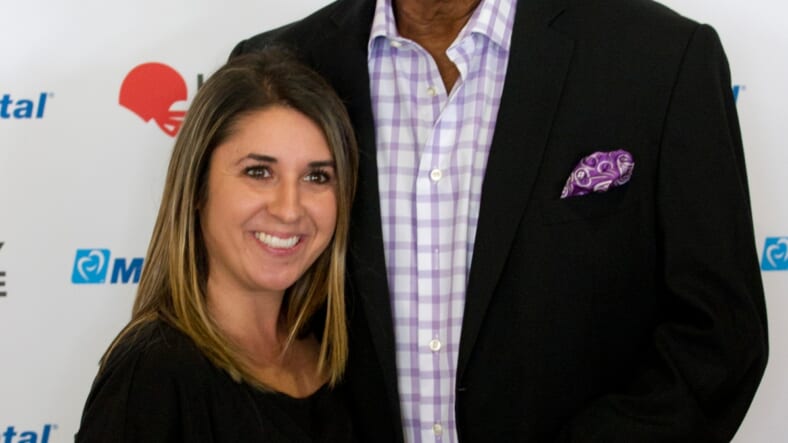 Former Los Angeles Rams linebacker Isiah ‘Butch’ Robertson was killed in a limo crash near Mabank, Texas when he skidded on the rain-slick road and collided with two other vehicles, the NFL has reported. He was 69.

The Texas Department of Public Safety reports the crash happened about 10 p.m. Thursday on Texas Route 198. A DPS statement says Robertson was driving the limousine at an unsafe speed for the weather conditions when he entered a curve and skidded sideways before coming to a stop. A pickup truck then hit the limo into the southbound lane where it was slammed once again by an oncoming car.

Robertson was transported to an Athens hospital and later died. The truck driver was treated for minor injuries and the other driver was not hurt.

The All-Pro legend played seven seasons with the Los Angeles. He also founded the House of Isaiah, a drug and alcohol recovery center for men. The fatal crash occurred shortly after Robertson spoke at a high school football banquet. The Texas Star-Telegram captured his final speech at the event.

“If you have a setback, you don’t have to take a step back because God’s gonna come back,” he said, just hours before the crash. “I want to tell you, God has a plan for every one of you.”

Following news of his death, the Rams released a statement about Robertson, who played for the team from 1971-1978.

“We are deeply saddened by the loss of one of our Legends, Isiah Robertson,” the organization wrote on Twitter. “He will be remembered not only for the great player he was, helping our team achieve multiple division championships in the ’70s, but also by the work he did helping others through the House of Isaiah recovery center he founded in Texas