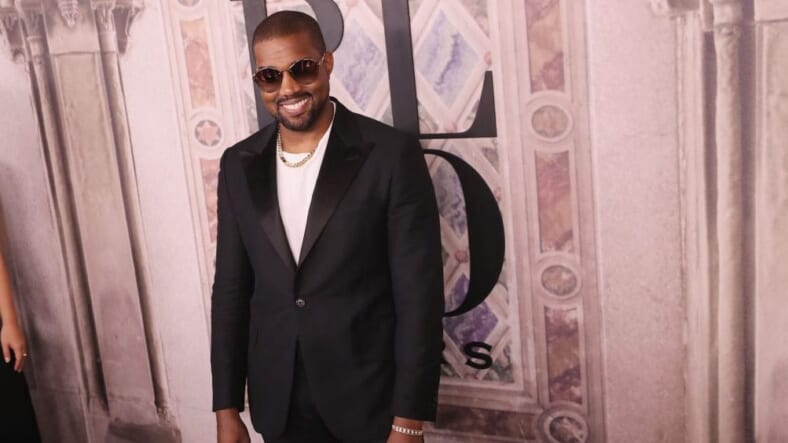 The release event for the rapper’s posthumous album, Skins, was attended by celebrated artists such as Lil Wayne and held at the RC Cola Plant. Page Six reports that the entire album was initially played, and when it played a second time, West hit the stage to perform his and XXX’s collaboration, “One Minute.” An animated video for the song also played in the background.

According to social media, West also performed “Black Skinhead,” “Father Stretch My Hands” and  “Can’t Tell Me Nothing.” During his set, the Chicago MC brought XXX’s mother, Cleopatra Bernard, on stage so he could give her a hug.

In September, Yeezy addressed his failure to speak up for XXXTentacion before his murder, calling it “some p—y s–t,” in a since-deleted Instagram post.

“I never told you how much you inspired me when you were here, thank you for existing,” West wrote shortly after XXX’s death.

The 20-year-old rap star whose real name was Jahseh Onfroy was fatally shot as he left a motorcycle dealership in Florida earlier this summer.

—Alexandria Ocasio-Cortez ‘threatens’ Donald Trump Jr. with her ‘subpoena power’ after he trolls her with dog meme—

According to the AP, his manager Solomon Sobande described Thursday’s album release as a “triumphant” but “bittersweet” as it was also “a reminder that his message, his music, everything he didn’t go didn’t go anywhere but will live on.”

Lil Wayne also paid tribute with a performance of “Don’t Cry” while the audience reportedly sang XXX’s part through tears.