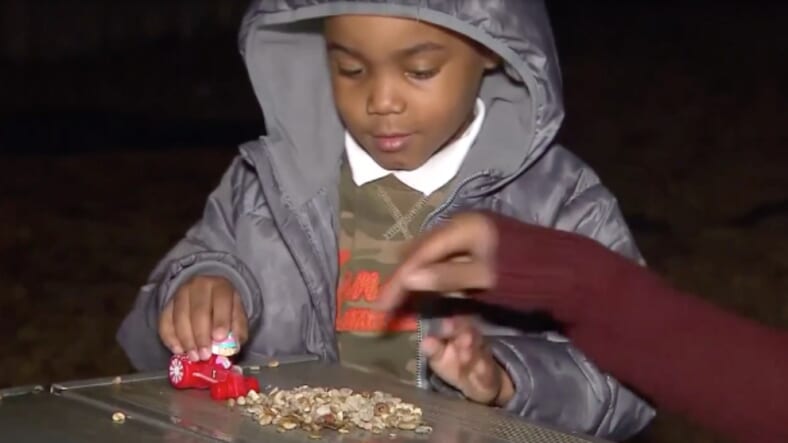 Brittany Miner says her son was called a monkey by a school worker. (ABC13- Dallas)

A Dallas mom is outraged and wants a school employee fired after they reportedly called her son a monkey.

Brittany Miner said she was approached by a staff member of Edna Rowe Elementary School who associated her 5-year-old son with the jungle animal about three weeks ago, CBS reports.

“He was jumping around, playing, 5-year-old kid behavior,” Miner said. “As she approached us and got closer, she was like ‘oh he’s running around, he’s like a little monkey.’”

Miner took offense and believes the remark was clearly racist.

“She then proceeded to say, ‘Oh look at his little face,” Miner said. “That lets me know that she doesn’t have any regard to what she was saying to people of color.”

While a DISD spokesperson said the employee has been put on leave, pending an investigation, Miner has hired an attorney to push for the employee’s dismissal.

“We want to make sure that an employee like that is not around children of color or children in general,” her attorney Justin Moore said.

Moore plans to keep the heat on the district and said a civil rights lawsuit may follow if the district doesn’t fire the employee.