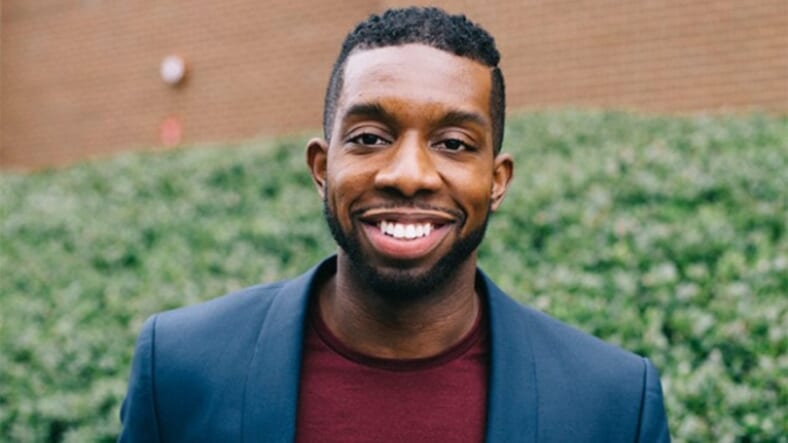 Everton Blair, Jr. has made history by becoming the youngest— and the first person of color ever– to be elected to the school board in Gwinnett County, a suburb of Atlanta.

What makes the victory even sweeter, is that the 26-year-old graduated from the very same public school system he’ll be helping to lead.

After graduating from a local high school, Blair went on to attend Harvard University where he majored in mathematics. Once he graduated in 2013, he chose to become a math teacher in an Atlanta area school.

“For me, it was seeing all the opportunities that I had going to a place like Harvard,” Blair told theGrio. “Feeling like I needed to do something with all of this privilege and access. Knowing that there were people like me who needed to have those doors opened.”

Blair went on to work for the Obama Administration as a policy fellow and earned a graduate degree at Stanford University.

But working in the world of policy, he didn’t have as much one-on-one connection with students’ and teachers’ experience. So he brought his life full circle one more time.

“The one place where I feel like I could think about making a change was to go home,” says Blair. “I came home and quickly learned what was going on with our leaders and with our education system and felt like there was a role for me to play.”

Blair will be sworn into the Gwinnett County School Board on December 20, surrounded by the family and friends who helped him get elected.

His priorities including reducing resource inequalities between schools and creating better support for teachers.

“We know the job is hard,” says Blair. “We know teachers are doing their very best and we know our teachers are incredibly capable. But we’ve got to make sure they have all of the tools and opportunities to continue to get better. And that we incentivize them to do so in our most challenging environments.”

Blair’s historic campaign helped bring out a record number of voters in Gwinnett County, along with Stacey Abrams, whom Blair supported.

When asked why it took so long for a black board member to be elected, Blair points to more recent diversifying of the area and structural challenges that keep people from running.

“School board races are really expensive,” says Blair.  “It ends up being an opportunity that is sought out by people who have a lot of flexibility and time which tend to be retirees or older folks.”

“Then you’re talking about education which is a very specialized field and the elected person to serve that educational role typically has some sort of educational interest themselves…vested interests.”

Blair’s experience as a young, educated, black man from the area with both classroom teaching and policy puts him in a special uniquely position to make a difference.

As he prepares to step into his new role, he remembers all the people who helped him get there.

“There are a lot of mentors of mine who are saying, ‘you know when it gets hard, just know we got your back.’ And they affirmed me. They volunteered for me; They did everything that they could to make sure that I knew that I was not alone. And that made a lot of the difference.”