Remy Ma and Papoose couldn’t be happier to be new parents. 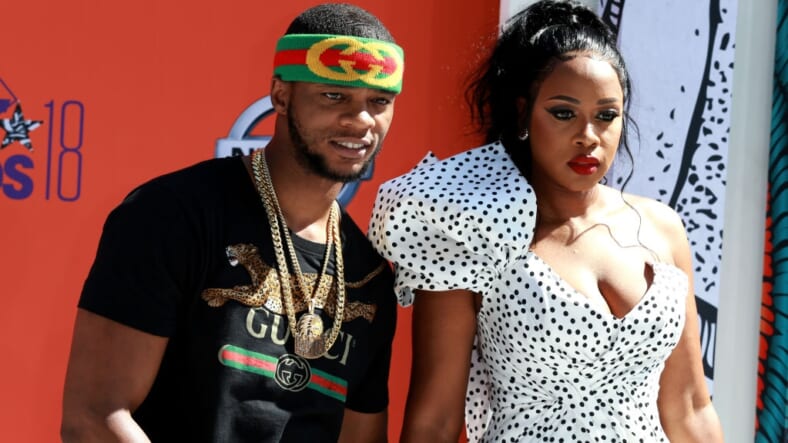 Remy Ma gave birth to a baby girl on Dec. 14, the day after Papoose made the announcement on Twitter that their “Golden Child” was on the way.

The couple had a tough journey to conceive and they had been public about their struggle to start a family. During season six of Love & Hip Hop, Remy shared with viewers that she’d had a miscarriage. Remy used the miscarriage to become an advocate for women experiencing fertility issues.

Papoose decided he had to celebrate his wife giving birth to their child with a gift of his own, or as he called it, a “push present.” Papoose got a little help from an unlikely source: Michael Strahan.

“I got that push present my brother,” Pap said on his Instagram. “Thanks for the great suggestion. The queen most definitely deserves it.”

@michaelstrahan I got that push present my brother!! ?? Thanks for the great suggestion. The queen most definitely deserves it. She’s been breast feeding our baby, around the clock. ???? #thegoldenchild is HOME!!!!!!!!!!!!!!! Also happy wedding anniversary my love, many more!!!!!!!! Thanks for giving me #thegoldenchild #blacklove 2019 Escalade Platinum!!!!!!!!! @gmaday @sarahaines ??

Congrats to the happy couple and their bundle of joy.