Joe Budden and Cyn Santana are ENGAGED…see his public proposal 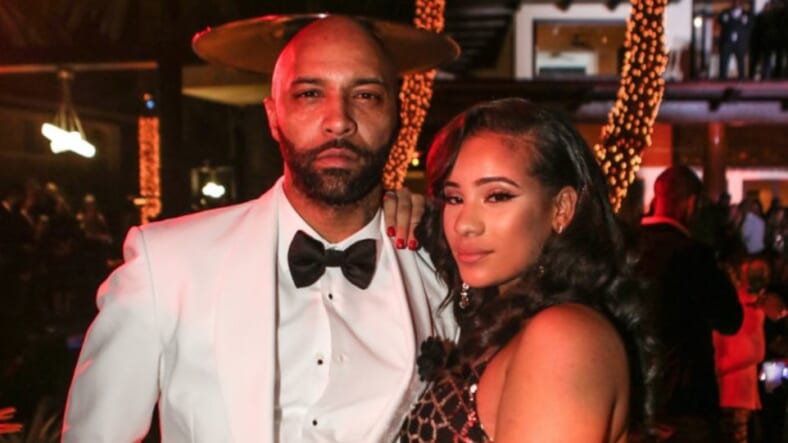 Budden, the rapper and popular podcast host and Love & Hip Hop New York star popped the question to his lady in front of a live audience on Wednesday night.

TheJasmineBrand captured the video of Budden’s proposal. Check it out:

The couple has been together since 2016 and they welcomed their first son together last year.

The coupling of the former Love & Hip Hop NY stars puzzled plenty of people at first, especially because fans watched Cyn go through the ups and downs of her relationship with Erica Mena throughout her time on the series; while Budden’s storyline focused primarily on his ups and downs with Tahiry Jose.

Now, it looks like they’re in it for the long haul and ready to begin their lives as husband and wife. Congrats!

Perhaps settling down as a married man will help to keep Budden out of trouble. he has engaged in his fair share of drama including a public spat with Ashanti in 2017 and a pretty nasty feud with Migos.

Ashanti gets into heated exchange with Joe Budden over ‘stripper’ jabs

During an interview on the “Everyday Struggle” show, Ashanti schooled Joe Buddenwhen he suggested that her clothing choices is the reason why she was recently treated like a stripper on stage.

The Grammy-awarded singer was promoting her new single, “Say Less,” when Budden took a jab at her, suggesting that a recent incident in which a fan threw money at her on-stage was because of her outfit.

She then asserted that strippers wore much less and were all but “naked,” insisting, “I’ve never seen a stripper in a body suit.”