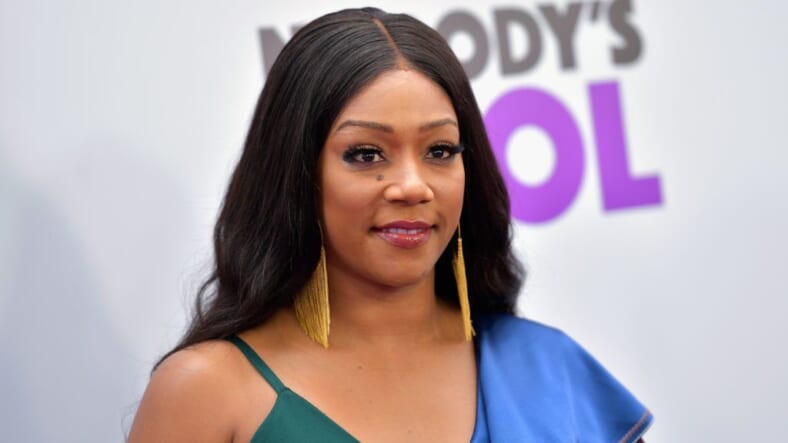 Tiffany Haddish seems to be ready to protect social injustice and the police-involved shootings of Black folks in a very unusual way… but animals lovers are not here for it.

The comedian took to her Instagram page following a show at The Comedy Store in Los Angeles and informed her 4.4 million followers that a fan had given her a fur coat. As such, she claimed she’s going to wear fur “every day” until police stop killing Black people.

“Hey guys, it’s me, Tiffany Haddish,” she began the video clip. “I just want to give a shout out and a thank you to one of my fans that were here at the comedy store tonight who gave me this beautiful jacket. Now she wasn’t planning on it but she said she loved me and I was like, ‘If you really love me, let me have your jacket.’ And she did. So thank you so much boo. I’ma wear it as much as possible because, I don’t know if you guys know this about me but I’m ‘bout to start protesting.”

The actress added, “See how that go? ‘Cos people are important. And so are the animals. To keep me warm.”

Haddish ended the Instagram video with a bit of humor: “Thank you boo, I love you for loving me, this lil raccoon is so cute. I look good in this raccoon.”

Peta has yet to respond to her comments, but many social media users are outraged.

Twitter user Janelle Potter wrote: @TiffanyHaddish is vile, ignorant, and backwards. Harming animals to seek justice for black people makes sense how? She’s no better than the police if she stoops to their level. #AnimalRights #compassion

A police officer noted that the was “offended” by the video: “I offended by this. I am a police officer and have been for little over 13 years and I don’t wanna be placed in a category or have a bad light on me all the time because I am a white officer and I work in a predominantly black community. I would really like for you to come and do a ride along with me one day at work and ride along side me in my patrol car so I can take you around and show you what I do.”

Another user said “this is the DUMBEST SH*T I’ve ever heard” and, like many, questioned why protesting injustice has to involve the “killing of animals.”

Nerdy Chick wrote: “The slaughter of innocent animals literally has nothing to do with cops being trigger happy.”

Another commenter noted: “What a very arrogant and heartless thing to say – of course it’s warm, it’s the skin of an animal.”

Haddish had a few defenders, such as VintageEliz who said: “Not arrogant, just an honest response to what I assume was an honest question. People have been wearing animal skins for literally thousands of years. Were Native Americans heartless too, for wearing and trading animal products?”

Not arrogant, just an honest response to what I assume was an honest question. People have been wearing animal skins for literally thousands of years. Were Native Americans heartless too, for wearing and trading animal products?

And Katybeth Davis‏ pointed out that @TiffanyHaddish is just trying to bring some awareness to #blacklivesmatter… the NFL players kneeling was a bust…Basically if you care about animals getting killed for fashion you should care about black people losing their loved ones to police violence”.

What are you thoughts about Haddish’s fur-wearing protest? Sound off in the comments.