‘We used to think of health as a diet’: Jay-Z and Beyoncé challenge fans to go vegan

“Having children has changed our lives more than anything else,” they wrote in the foreword for the new book "The Greenprint: Plant-Based Diet, Best Body, Better World," by Marco Borges, Beyoncé’s trainer. 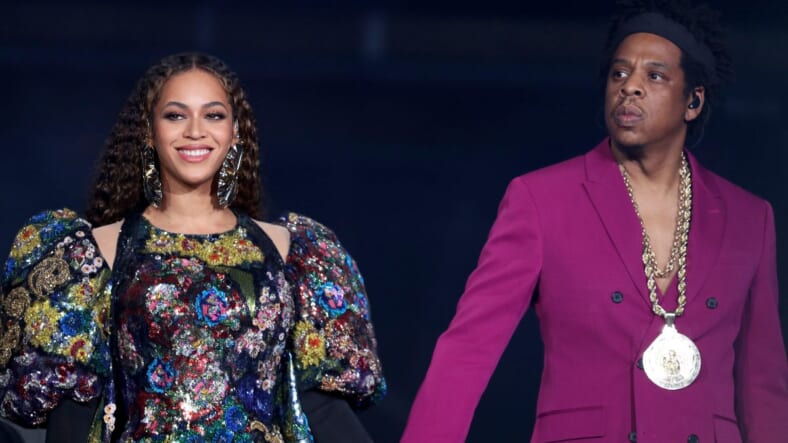 Jay-Z and Beyoncé have been focused on healthy eating for years and now they are encouraging everyone to take part in their plant-based journey.

The couple wrote about their journey in the introduction of a new book by Beyoncé’s trainer Marco Borges, The Greenprint: Plant-Based Diet, Best Body, Better World. The duo also discusses how how parenthood changed their outlook on life and what they eat.

“Having children has changed our lives more than anything else,” they wrote in the intro. “We used to think of health as a diet—some worked for us, some didn’t. Once we looked at health as the truth, instead of a diet, it became a mission for us to share that truth and lifestyle with as many people as possible.

“We all have a responsibility to stand up for our health and the health of the planet,” they continued. “Let’s take this stand together. Let’s spread the truth. Let’s make this mission a movement. Let’s become ‘the Greenprint.'”

Although Jay and Bey aren’t advocating for everyone to adopt a vegan diet 24/7, they said that eating more plant-based meals has a “profound impact on our health and the environment.” They first went vegan in 2013, when they both took part in a 22-day vegan challenge, which Jay-Z later blogged about.

Explaining how the couple first came to embrace the change, Borges said that he “suggested that we go plant-based for breakfast one day.”

“Then I suggested that we also do it for lunch, and they loved that idea as well,” Borges said. “Then one day, on their own, Jay called me, and he’s like ‘I got this great idea. You know that program that you just created, the 22-day vegan challenge? I want to do it. B wants to do it also. We want to go all in!’”