Spike Lee's 'BlacKkKlansman' didn't get any love either. 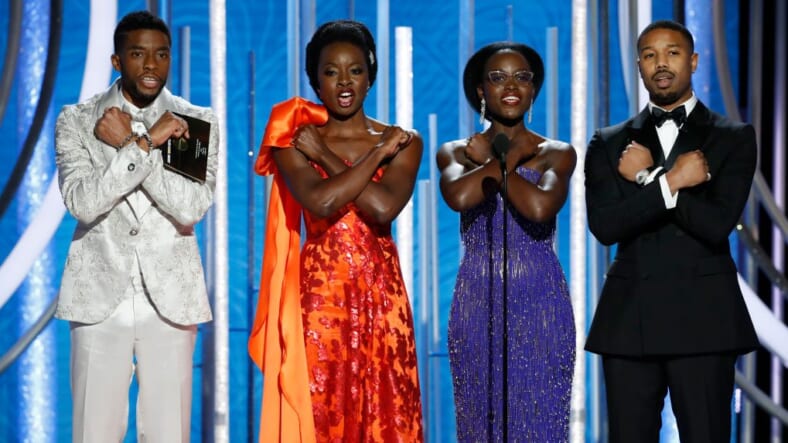 Even though we were rooting for Wakanda at the 76th annual Golden Globes on Sunday night, Black Panther didn’t take home any awards.

The film directed by Ryan Coogler was nominated for Best Motion Picture (Drama) and Best Original Score but lost in both categories.

Spike Lee‘s BlacKkKlansman was nominated in four categories (including best Picture Drama) , but failed to take home any trophies. Lee was nominated for Best Director and the film’s star, John David Washington, was up for Best Actor (Drama).

While we’re bummed that neither of those flicks took home any awards, there were still a few moments to celebrate big wins for Black actors.

Regina King won Best Supporting Actress (Drama) for her role in If Beale Street Could Talk and for a few moments, all was right in the world as she applauded Barry Jenkins and pledged to hire way more women for all of her future projects during her touching acceptance speech.

With awards season just beginning, there’s still tons of time for Black Panther to get the glory it deserves. We’re also hoping If Beale Street Could Talk gets a lot more shine at the Oscars than it did at the Golden Globes, but only time will tell.

Best Performance by an Actress in a Motion Picture – Drama
Glenn Close (“The Wife”) *WINNER
Lady Gaga (“A Star Is Born”)
Nicole Kidman (“Destroyer”)
Melissa McCarthy (“Can You Ever Forgive Me?”)
Rosamund Pike (“A Private War”)