Overcoming the #SurvivingRKelly Hangover: Where do we go from here? 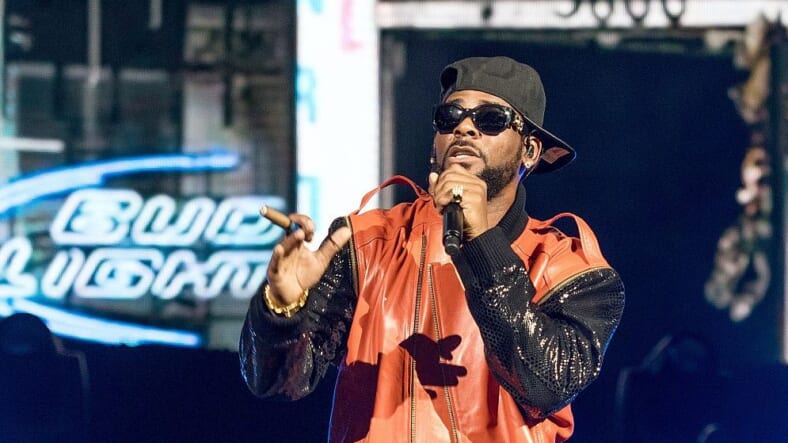 After 30 years of rumors and legal allegations Hampton and her team were able to encapsulate both the severity and the scope of Kelly’s alleged depravity while also pulling back the curtain on the toxic ecosystem he built around himself to keep his lifestyle afloat.

But after watching the compelling interviews and hearing the gut-wrenching stories of abuse, many walked away from the last episode nauseous, disoriented, and asking themselves, “If this is true – where do we go from here?”

Visually, it’s always stunning to watch a man be exposed and have all his deepest, darkest skeletons pulled out of the closet to face the harsh glare of sunlight. TMZ says that “sources” are already claiming that Kelly is so “disgusted” by the series he’s refusing to watch it.

The monster that Robert Kelly has been enabled to become over the last three decades is clearly an egomaniac. So this has probably been one of the most distraught weeks of his life, as the remnants of his dubious legacy have been repeatedly picked at and scrutinized by fans, accusers and the media.

But embarrassing someone and holding them accountable are two very different things.

It is simply not enough that we make R. Kelly feel bad for the hundreds of people whose lives he’s ruined. He needs to pay for what he did in real life. And below are three ways we can all tangibly make sure that happens. Right now.

When asked what she hoped would come of her exposé, dream hampton responded, “I think that social death is a real thing and a possible, just thing.  So my hope is that we truly turn away from him. My wish was that it would’ve been 15 years ago.”

With all the complexities of this case, the debate surrounding Kelly’s innocence and ongoing questions about which victims settled out of court, I think it’s kind of brilliant that the mastermind behind this project walked into this undertaking with a clear directive about next steps for the audience.

To her point, if we really believe that the lives of Black women matter, then we have to be willing to make Kelly a social pariah. We have to make it uncool to play his music at social gatherings, buy tickets to his concerts or show support to any endeavors he’s affiliated with.

This is not something you can half ass.

I am really upset to discover the song 'You Are Not Alone" by Michael Jackson, was written by R.Kelly for his teenage sex slave, who had just had a miscarriage. I am never going to be able to hear that song the same way again. #SurvivingRKellly

And all those arguments about, “Well I can separate the man from the music,” are not just deeply problematic but also sound ridiculous at this point. Sexually abusing children is not something you can casually dismiss. It leaves a putrid stench on everything it touches. What message do you think it sends to our girls when we let it be known protecting a few raunchy tracks from our favorite 90’s mixtape means more to us than protecting them from their abusers?

I know you all are quick to call everybody a genius these days, but the truth is Bump ‘N Grind isn’t enough of a banger to drown out the sobs of R. Kelly’s victims. The church organist can easily find a replacement for I Believe I Can Fly during this Sunday’s service. And now that we know that half of the other songs in Kelly’s catalog are actually thinly veiled confessions to child rape, they can all kick rocks too.

People who support R. Kelly even after watching Surviving R. Kelly but then turn around and act confused when Trump supporters are just as willfully ignorant…. deserve a special place in hell. Because you clearly see how crazy this behavior looks when other people do it and yet, here YOU are, one “Make R. Kelly Great Again” hat away from looking like Diamond & Silk.

Real talk: I’d rather declare Jacquees the King of R&B than ever listen to another “Pied Piper” track again. It’s THAT serious.

Legal Ramifications for EVERYBODY

One thing the docu-series made abundantly clear is that R. Kelly quite literally couldn’t have pulled off his ongoing reign of terror and abuse without help from his enablers.

“There are whole systems in place: housing, runners, rules,” explains hampton. “So, I knew we were dealing with someone that we may not want to dismiss. He’s dangerous.”

Illustrating just how dangerous Kelly is, is the incident that occurred last month, when an unnamed man threatened to shoot up the New York City screening of Surviving R. Kelly where many of his survivors were scheduled to make an appearance. The threat served to re-traumatize these women who are still piecing their lives back together.

And now that the full series has aired, the viewing audience has gotten a glimpse into just how many people are really involved in this scandal.

During several interviews, it was alleged that the 51-year-old producer has several co-conspirators on his payroll, including handlers who physically drag women back to his compound when they escape, and members of the Chicago Police Department who tip him off when trouble is on the horizon.

Some brave prosecutor working for Cook County needs to take a page out of Robert Mueller’s book, and make it their mission to start dragging these people in for questioning.

And if they gotta go to jail – so be it.

Kelly might think he’s made of teflon but the minions on his payroll sure aren’t. And as long as they are empowered to support him without any repercussions, he’ll probably always be able to avoid justice.

One of the most disturbing things to come from all this is the confirmation that older sex cult members are now working for him too. In fact, it’s been alleged that the victim who appeared in that infamous sex tape with the producer when she was just 14, is STILL living with him and now grooms other women on how to behave in his presence.

Do I think people like her need to be brought in for questioning too?

Being abused does not give you a pass to then turn around and abuse others. She also needs psychological help, just like the girls she is allegedly grooming. A women’s facility where she would have access to mental health services would probably be a step up from the psychologically damaging freak show she’s currently being subjected to.

Boycott RCA and other enablers

Despite over 20 years of allegations, standing trial for 14 counts of child pornography, and countless civil suits, R. Kelly is still signed to RCA Records.

Brandi Collins-Dexter, the senior campaign director at Color Of Change, is urging the record label to drop the singer as a sign of support for the Black women and girls who have allegedly been abused by him.

“The testimonies of survivors of R. Kelly’s sexual abuse are a chilling reminder of the deep damage the rapper has inflicted and the machine of complicity that protects him from real accountability,” Collins-Dexter said in a press release.  “As details reemerge and new information is brought to light, R. Kelly’s longtime record label, RCA, has a choice: believe these women or continue to enable the abuse of Black women and girls for the sake of profit.”

The fact that RCA still has R. Kelly on their roster is unacceptable. Full stop.

The fact that Marvin “Never Could Have Made It” Sapp is still planning to promote his new song with Kelly and has the nerve to cite the Bible as the reason why that’s ok – is unacceptable. Full stop.

The fact that Omarion has promised to stop performing music involving R. Kelly only after he’s made millions on the upcoming B2K tour this year is unacceptable. Full stop.

I’m gonna make this short and sweet: ANYBODY who is still enabling, profiting from, or championing R. Kelly is in for a rude awakening in 2019 because the survivors and those of us who actually care about them, are not about to make this easy for you.