Veteran journalist Ed Gordon revisits his 2002 interview with R. Kelly and explains why he believes we must stop supporting the music 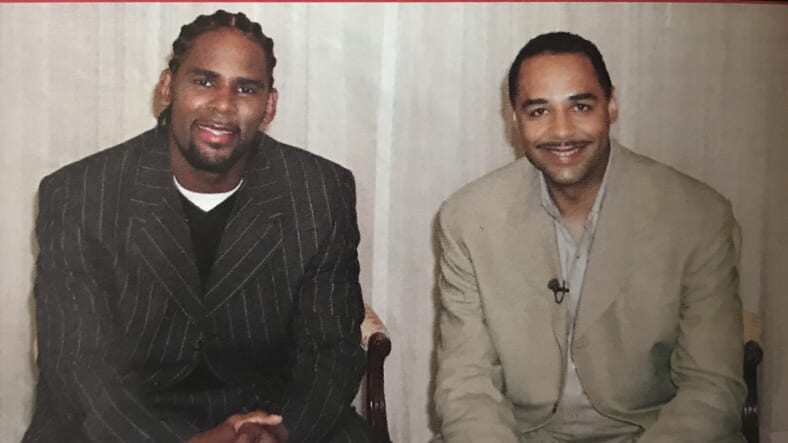 It looks as though R.Kelly won’t survive the docu-series Surviving R.Kelly.  The long-time embattled singer who for years has been able to escape charges of physical and sexual abuse against women, rumors of keeping women in a “sex cult” and decades of allegations that he has a penchant for teenage girls will probably not be able to do his Houdini act this time.

The documentary gave faces to the stories many already “knew” about that indicated this musical genius wasn’t right.

A 2002 Interview Full of Denials

It was 2002 when I first sat down with the prolific singer-songwriter to talk about a tape that many said showed Kelly and a 14-year old engaging in sex acts including him urinating on her. During our interview he denied any inappropriate behavior with minors. He chose not to address my questions about Aaliyah, his teen singing protégé that Kelly had secretly married. Later that marriage would be annulled.  He would tell me during the interview he did not have inappropriate relationships with two young teens he settled lawsuits with.

He did admit he was no angel and was trying to get help for things he’d “done wrong” in his life, however according to Kelly none of those things included any wrongdoings with minors. He told the world not to believe what they where seeing on the tape because that was not him.  When the interview concluded Kelly asked me if I believed him. I said, “I didn’t know if that’s really you, but if that were my daughter on the tape I’d be looking for you!”

READ MORE: In the wake of ‘Surviving R. Kelly,’ what we as Black men can do to hold ourselves accountable 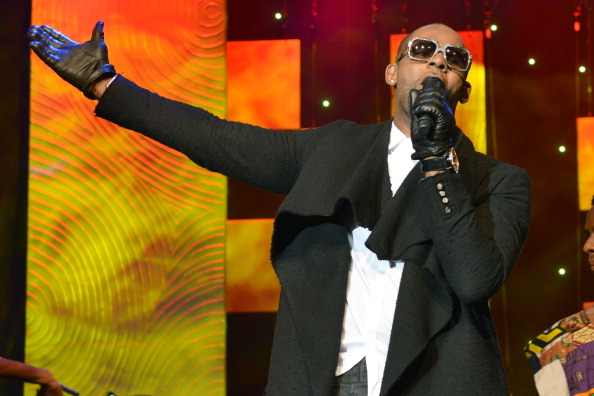 Many didn’t believe him and pledged not to support his music. Some radio stations said they would no longer play his songs and some fans where ready to put the so-called “Pied Piper of R&B” on the shelf.  The next year the musical master would drop the Chocolate Factory album that included the massive hits “Step in the Name of Love” and “Ignition.” For many the Piper’s call was too strong. His beats proved more powerful than his alleged beast.  Then he had the nerve to give us, “Happy People.” I mean could we really not play that song at the family reunion?

It seemed for many as long as he was putting out jams we were willing to look the other way, even when the alleged victims were young Black girls. Years went by allegations and whispers would continue. Boycotts were called for and while some of his popularity waned, a full-fledge community uprising didn’t happen.  Even more recent attempts to boycott the singer only gained lukewarm support. Many people who crossed protesters on the way into concerts would say, “I’m a fan.  All that other stuff doesn’t matter.” Were we complicit like many in Kelly’s camp who allowed at best poor behavior and at worst criminal acts to continue? Like many of these girls who are claiming abuse did his celebrity and genius blind us too?

Time’s Up for the Pied Piper of R&B

R.Kelly has been musically telling us for years he’s a freak and we loved it. For many, the nastier the better! I’ve asked some of his female fans why they loved the songs of his that are misogynistic, why they excused them? They would say, ‘He ain’t singing about me!” Really? In his mind I wondered. Again, was our choice jams over justice? Was this helping him justify his treatment of women?

Times changed, the Me Too and Times Up movements bring a different sensibility to how we listen to abuse claims.

The women presented in the documentary personified the rumors and innuendos that have been swirling for years. You no longer saw them as faceless accusers, they became the faces of your daughter, your little cousin, your sister, your mother!

Throughout all of this, Kelly continues to deny the claims and is now fighting back against some of his accusers. Some in the court of public opinion say Kelly is just being setup by gold-diggers and haters. They blame the women, their parents, and the media. Ardent supporters say R.Kelly is a victim, yet another example of a Black man being taken down.

Those people are a shrinking minority. In Robert Kelly’s case like others including: Bill Cosby, Harvey Weinstein and Matt Lauer one has to start to believe where there’s smoke there’s fire.

Let’s make sure that our critical eye (and ear) won’t change just in case R.Kelly drops another classic. Keeping our women safe must be more important than any slammin’ beat Mister Kelly can give us.