In the wake of ‘Surviving R. Kelly,’ what we as Black men can do to hold ourselves accountable 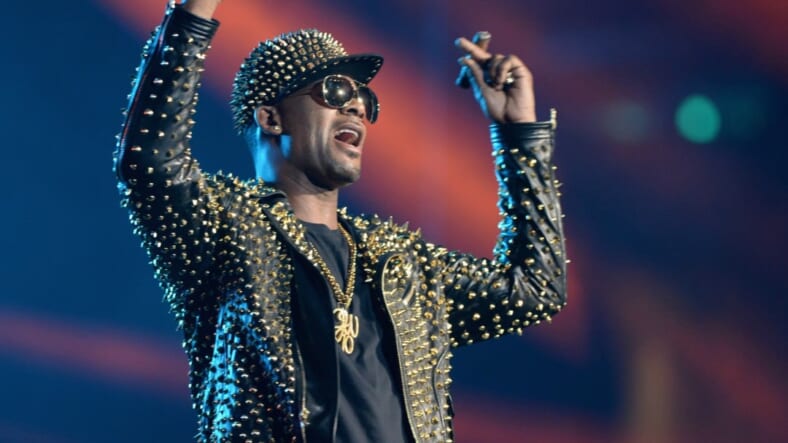 This Monday, we’re all still reeling from the most disgusting Black Twitter event in some time: Lifetime’s Surviving R. Kelly. The network jumped from a month full of cheesy Christmas movies starring washed actors to programming that made all of us want to lay on the shower floor in the fetal position.

R. Kelly’s sexually predatory nature has been the worst-kept secret in all the land since Bill Clinton was still president, but the documentary was sobering in that it took six hours over three nights to dive into the sordid details of his behavior. It’s a screaming shame that it took the teary-eyed testimonies of Kelly’s victims and the pleas of parents of girls who, as of the writing of this, remain under his control for folks to finally say, “By golly, he really is a bad guy!” But I find solace in the belief that, following the documentary, no record company of repute will, in their right mind, back any new R. Kelly music.

As is the case with the #MeToo and #TimesUp movements, Surviving R. Kelly has made me take stock of my personal approach to dating, sex and women in general. I, like most men, am not a rapist, but I know I can always do better. Here are a few things for all of us to consider going forward:

READ MORE: Overcoming the #SurvivingRKelly Hangover: Where do we go from here?

Listen to the Woman. Always.

Kells has clearly made a habit of having women do what he wants, their own desires be damned. Go in the opposite direction and listen when women tell you they want. I’ve lost count of how many stories I’ve heard from women about men who thought they knew what was best for women even when she attempts to course-correct him, only to be befuddled at their sexual or emotional dissatisfaction. Sadly, too many dudes require having a daughter to acknowledge that selfishness. Like, do you need someone to shoot your mama in the head to acknowledge that murder is bad?

Be Protective of Our children

Perhaps the most infuriating aspect of a documentary full of infuriating moments was the number of adults who lead young women into R. Kelly’s trap while armed with the information that he’s an unwell dude…especially the guy who chuckled off forging the wedding documents between Kells and Aaliyah. It takes a village to keep young people away from predators, and so many families have that one uncle that everyone knows to not leave alone with the littles. Even if you think something is awry, speaking up can stop a predator. And save several lives.

Black men tend to direct so much misguided support toward the rotten apples in our bushel. Actual grownups with comprehension skills continue to defend R. Kelly as the victim of a racist system in which non-Black sexual predators are somehow treated more fairly, disregarding the fact that he remains free as a bird and that his victims are primarily Black women, whom “The Man” has historically not given a shit about. There is absolutely no rational defense for Kells’ behavior, so consider not dying on this wack-ass hill.

Reframe How You View Consensual Sex

A decade and a half after the sex tape trial in which R. Kelly was (mind-bogglingly) acquitted, adults of either gender insist that the teenaged girl who was peed on “clearly wanted it.” Young teenagers don’t get to have “wants” that they’re not emotionally equipped to deal with – that’s why we have laws. Who knew their a—hole from their elbow when they were 14…? I sure didn’t!

The bigger issue – one that goes much deeper than Kells and is at the heart of #MeToo – is how we view consensual sex. The patriarchy (and a good amount of rap music by proxy) has damaged our understanding of what actual consent looks like. The goal is not to put a woman in a position in which she has to reluctantly agree to sex she doesn’t actually want; this starts with our ability to provide trust and comfort. And that really isn’t as difficult as some of you fools make it out to be.

It’s easy (for me, anyway) to flame the dude on Facebook you know from college but aren’t cool with in real life and talk about his mama when he defends R. Kelly. It’s a different thing entirely to check the perspectives of your boys when they toss around troubling perspectives in the privacy of conversation with you. The safe spaces that friends provide are essential, but if you know your boy really does think that 14-year-old girl “asked for it,” the onus is on you to help him course-correct his dumb-ass perspective.

Whether we should continue listening to music that R. Kelly contributed to in any way is subjective and, ultimately, an asinine conversation on which to focus. However, I believe that anything that continues to put money in his pocket is a tacit acceptance of his behavior – that includes streaming his music on the likes of Spotify and Apple Music (which has seen a spike since the documentary). I won’t deign to tell you what to do with your money, but if you’re paying to see the concert performance of a dude who is still controlling women in 2019…why?