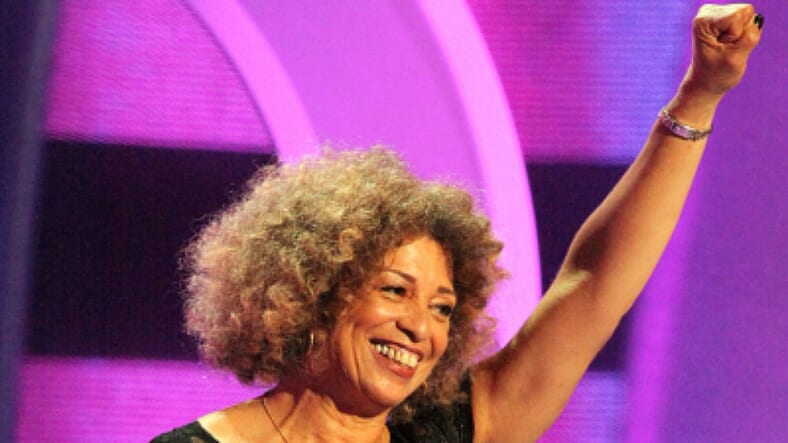 Although Angela Davis says she was stunned when a Fred L. Shuttlesworth Human Rights Award was rescinded by the Birmingham Civil Rights Institute last Saturday, she said the Jewish community should not be blamed as a whole because a select few were against her political views.

“I am aware that there are progressive members of the Jewish community there. I know that Jewish Voice for Peace has contacts in Birmingham. I think it’s important, as we engage in discussion around this controversy, to be aware of the extent to which anti-Semitism can also be a force here.”

The 74-year-old scholar and activist is speaking out in more detail about the complaints the board received about her political stances.

The board said, Davis’ nomination caused some concern after “supporters and other concerned individuals and organizations, both inside and outside of our local community, began to make requests that we reconsider our decision,” the institute’s board said in a statement posted to its website.

In the interview with Democracy Now, Davis said: “When I made requests to them to offer me more substantive reasons for the rescission of the award, I was met with responses, very abstract responses, such as, ‘It’s a matter of public record.’”

“It was only after [the call], I was informed, that an article had appeared in the magazine Southern Jewish Life that basically detailed some of my activism around Palestinian human rights, for [the Boycott, Divestiture and Sanctions movement], against some of the policies and practices of the state of Israel.”

The December 23 essay reportedly upset some of the Jewish community members who lobbied to urge the BCRI to reconsider honoring Davis.

The BCRI released a statement in part saying: “Upon closer examination of Ms. Davis’ statements and public record, we concluded that she, unfortunately, does not meet all of the criteria on which the award is based.”

The BCRI board was slammed for its decision by activists and in support of Davis, proclamations were issued by the Birmingham City Council and the Birmingham Schools Board of Education.

Davis is still slated to attend an alternative event in Birmingham on Feb. 16 called “A Conversation with Angela Davis.”