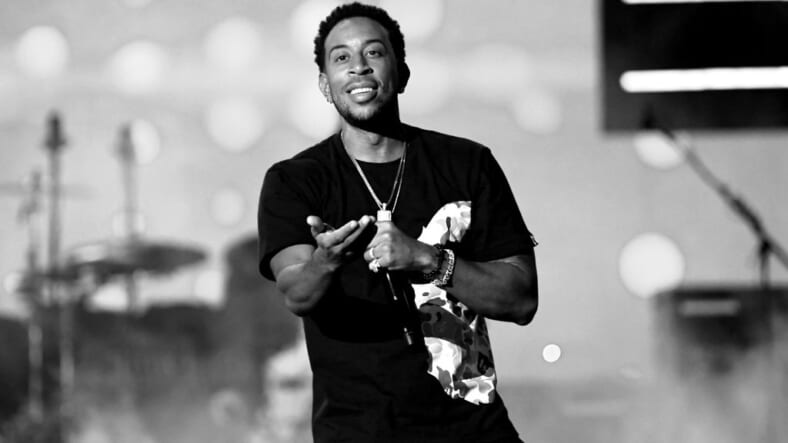 Atlanta’s own rapper Ludacris made a touchdown into the hearts of two special students when he pulled up to the acclaimed Ron Clark Academy and surprised them with the hottest tickets in town: passes to Super Bowl LIII.

The rapper rolled through the school’s gates where a group of anxious students were awaiting him.

He was there to honor the two students for “being really great with their character, with their friends, with inspiring everybody else.”

Ludacris then shared that on behalf of himself, Mercedes-Benz, the students were going to Super Bowl LIII in Atlanta Feb. 3,, Channel 2 News reports.

And the crowd went wild.

The school has been known for it’s innovative teaching styles and has gained national fame.

—Miami Hilton hotel dishwasher awarded $21.5M for being forced to work on Sundays—

According to Billboard, Ludacris and Migos will perform at the EA SPORTS BOWL pre-Super Bowl festivities.

“Atlanta has an incredibly rich history in music, and it was important for us to draw inspiration for the EA SPORTS BOWL lineup directly from our host city,” said Randy Chase, Senior Director of Marketing for EA SPORTS.

“I’m proud to welcome everyone to Atlanta, my hometown, alongside EA SPORTS,” said Ludacris. “You know me and my friends are going to celebrate Atlanta’s amazing music and culture, this is going to be a night you won’t want to miss.”

The NFL is hoping you will jump on the midnight train to Georgia for Super Bowl LIII to see auntie Gladys Knight, who they tapped to sing the National Anthem Sunday, February 3.

The seven-time Grammy award legend is already trying to shut down critics who don’t want to see her sing the anthem while Colin Kaepernick has been unable to play in the league due to his police brutality protests.

“I am proud to use my voice to unite and represent our country in my hometown of Atlanta,” said Knight. “The NFL recently announced their new social justice platform Inspire Change, and I am honored to be a part of its inaugural year.”

The seven-year social justice partnership with the Players Coalition — which reportedly kicks off with a new commercial airing this weekend that will run through the Super Bowl — has three main focus areas: Education and economic advancement, police and community relations and criminal justice reform.

“Now, with a season behind us, look at where we are going into 2019,”  Troy Vincent, the NFL’s executive vice president of football operations, told ESPN. “I’m talking about a true partnership. I’m talking about policy change. I’m talking about using the platform for the greater good. So that part is not only refreshing, it’s like, ‘Look at what we can do when we actually work together.’”

According to ESPN, the league committed $8.5 million to the partnership in 2018, and the NFL Foundation added $2 million in grants for clubs and both retired and active players. The total commitment from the league is expected to hit $12 million for 2019.

And Yahoo reports that throughout the length of the deal the total commitment could exceed $89 million— as the initial figures didn’t include money raised by teams or players.

The NFL reportedly had some difficulties lining up Super Bowl halftime performers.

Numerous high-profile artists, including Rihanna, Adele, Jay-Z, Pink, and Cardi B had reportedly turned down the half-time performance slot choosing to stand in solidarity with Colin Kaepernick.

The former San Francisco 49er is currently suing the NFL with claims that the NFL and team owners colluded to keep him out of the league.

Common told TMZ what many celebrities were thinking, “I ain’t with supporting the NFL,” Common told TMZ Sports. “They don’t really support black people. … Kaepernick said he’s standing up for people who are being shot down, black and brown people. The NFL basically blackballed him. They’ve shown how they feel about us for real.”

On Sunday, it was formally announced that the performance will feature Maroon 5along with Travis Scott and Atlanta native Big Boi, one half of the iconic hip-hop duo Outkast.

Scott announced via Variety that he and the NFL would donate $500,000 to the non-profit social-justice organization Dream Corps.

Kaepernick’s girlfriend, Nessa Dias, tweeted a different perspective on Wednesday morning. “There is NO mutual respect and there is NO understanding for anyone working against @Kaepernick7 PERIOD. #stoplying,” she wrote.

Later on Instagram, Dias released a scathing followup message seemingly directed at Scott, “If someone wants to work with the opposition then that’s on them, BUT DO NOT have your team lie to reporters to insinuate Colin was okay with anyone working against him. PERIOD”

As for Kaepernick, he retweeted multiple tweets that questioned whether he actually would give Scott his blessing under the circumstances.