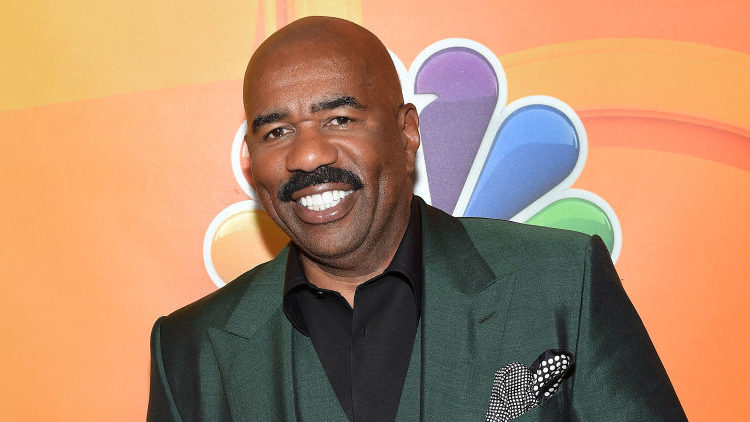 In 2011 Steve Harvey rebranded himself as a relationship expert after the release of his bestseller Act Like a Lady, Think Like a Man, and the subsequent blockbuster romantic comedy franchise. Now the comedian is revealing what inspired him to write the popular book.

During a recent taping of his talk show, the 62 year old shared the specific conversation that he had with a man who was dating his daughter, Brandy Harvey.

“He’d been over to the house about four times,” Harvey explains. “And so my father-in-law, who’s in his 80’s asked, ‘young man, what’s your plans for my granddaughter?’ And [the boyfriend] said, ‘Oh, I don’t have any plans.’”

Taken aback by the flippancy of the response, Harvey chimed in to their discussion and pushed the young man to give a more thoughtful answer about his intentions with his daughter.

“Every man has a plan for a woman,” he recalls telling the suitor. “The moment we walk up to [a woman] and introduce ourselves, we have a plan. So let’s cut this bulls–t out, because you’ve been over here four times. And my daughter likes you a lot. So tell me what your plan is for my daughter.”

Eventually the boyfriend said he had no plans because he and Harvey’s daughter were “just kicking it.” That’s when the concerned father called his daughter down so her date could repeat what he said to her face.

“My daughter’s face just cracked,” admitted Harvey. “She was so hurt, and she got up from the table and walked away.”

While consoling Brandy, the concerned father also explained to her the importance of knowing a man’s intentions upfront, rather than having your time wasted. She was so caught off guard by his blunt wisdom that she encouraged him to write a book to help other women, who needed to hear the same thing.

“So that’s how I wrote the book “Act Like a Lady, Think Like a Man,” he concluded.

Check out the clip below.