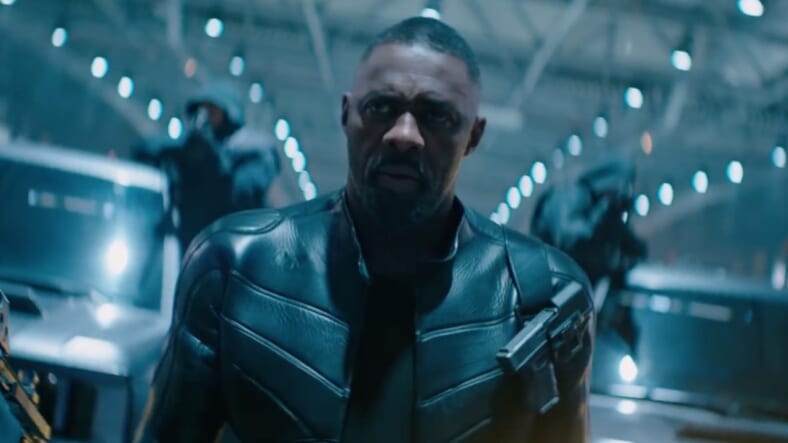 It looks like fans of the Fast & Furious franchise are in for a treat this summer when Dwayne Johnson and Jason Statham will reprise their roles as Luke Hobbs and Deckard Shaw in Fast & Furious Presents: Hobbs & Shaw.

The franchise that boasts eight films is spinning off into new territory with help of another sexy specimen, Idris Elba and by the looks of the upcoming film’s first trailer, we’re in for one wild ride.

Ever since hulking lawman Hobbs (Johnson), a loyal agent of America’s Diplomatic Security Service, and lawless outcast Shaw (Statham), a former British military elite operative, first faced off in 2015’s Furious 7, the duo have swapped smack talk and body blows as they’ve tried to take each other down.

But when cyber-genetically enhanced anarchist Brixton (Idris Elba) gains control of an insidious bio-threat that could alter humanity forever — and bests a brilliant and fearless rogue MI6 agent (The Crown’s Vanessa Kirby), who just happens to be Shaw’s sister — these two sworn enemies will have to partner up to bring down the only guy who might be badder than themselves.

Hobbs & Shaw blasts open a new door in the Fast universe as it hurtles action across the globe, from Los Angeles to London and from the toxic wasteland of Chernobyl to the lush beauty of Samoa.

Idris Elba News: ‘Luther’ co-star spit on him in heated scene, Twitter reacts to his Djing gig at Coachella

Johnson has made no secret that he’s pretty pumped about Idris Elba’s role in the film.

“If you have Hobbs and Shaw, two beloved characters within the Fast & Furious world, how do we create a villain who is formidable, viable, better, stronger, and more diabolical? Who is the actor who can actually bring that weight? And I’ve known Idris for some time now, and we felt like he was the perfect guy to come in and be our main villain,” Johnson told Entertainment Weekly.

“Coming in, he is undefeated,” Johnson continues about Elba’s character. “And for a guy who is undefeated, three men enter and either one man leaves or two leave. … Idris is the perfect guy. Obviously, he’s a phenomenal actor, really brings a great weight and quality to the role—and a viability. He’s a big man and he’s a legitimate badass and a legitimate martial artist.”