Idris Elba News: ‘Luther’ co-star spit on him in heated scene, Twitter reacts to his Djing gig at Coachella 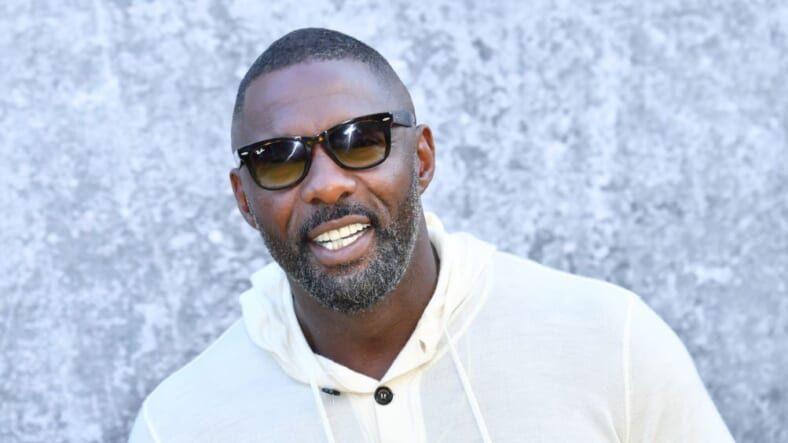 Idris Elba attends the UK premiere of "Yardie" at the BFI Southbank on August 21, 2018 in London, England. (Photo by Jeff Spicer/Getty Images)

Idris Elba’s got an acting story that might just make your stomach churn.

The newly minted Sexist Man Alive revealed that his co-star Hermione Norris actually spit in his face during the filming of a fiery scene on his hit show Luther, the Evening Standard reports.

There’s method acting and then there’s just taking it too far.

On Sunday, Luther returned with an all-new season and Elba explained that there were no props or fake saliva used when Norris spat on him.

He told Metro: “I tell you what was funny but not funny. You know that scene where Hermione is you know, at the end, in the car park and she spits?

“That was real spit. Hermione is such a good actor she really spat. You’ll realize I didn’t wipe it off immediately because I was waiting for someone to say ‘cut.’

Eww. He probably stood there frozen because he was shocked at the extra ooze she hurled at him.

Elba is the star and executive producer of the BBC hit and he said that he’s in talks to create a film version of the crime drama – somewhat akin to Brad Pitt’s Seven.

He explained: “Luther has all the ingredients to echo those classic films of the 90s like ‘Seven’ and ‘Along Came A Spider’ and I think what we’d like to attempt is use that as a blueprint to create it.
“It will be more murder, more Volvos, more frowning Luther. Essentially we just want to try and take it to a much bigger remit and scale and perhaps international as well.”

Well we’re happy Elba is all smiles about things. But what is making all of Twitter happy right now is the fact that the actor has been signed on to DJ at Coachella.

“See you in the desert,” Elba tweeted on Thursday morning along with the full lineup.

Get your squad together the weekends of April 12 and April 19 when it happens. If you didn’t know, Elba doubles as DJ Big Driis.

And Twitter had much to say about the announcement:

Some fans were equally amused and confused.

All these people confused by Idris Elba’s addition to the coachella line up are FAKE FANS I can’t believe you’ve not at least once been to his Wikipedia page to see DJ Big Driis, or searched him on YouTube to find his VEVO page.

WHOA IDRIS ELBA WILL HAVE A SET AT COACHELLA?! pic.twitter.com/MwTB0Y7gAX

When @idriselba isn’t playing James Bond but he djing at Coachella pic.twitter.com/T9ifvsgsAj

Which side are you on? Amused? Or confused?