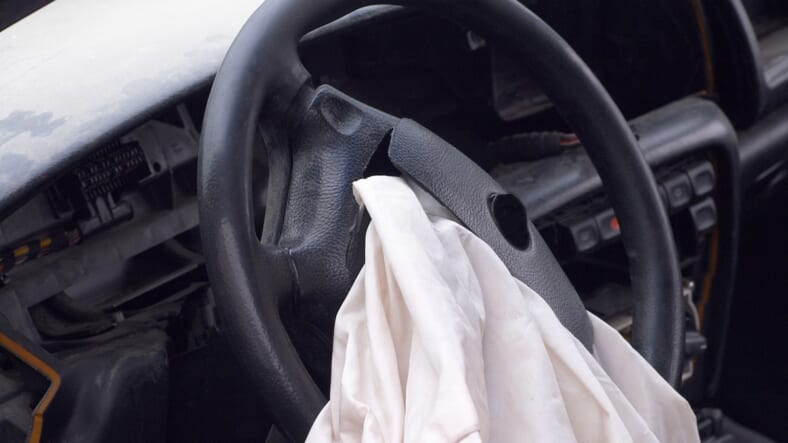 Five children, ages 5 to 15, were tragically killed in Bowie, MD early Saturday morning after a car they were riding in spun out of control and crashed into trees, police say.

Maryland State Police believe the children who were riding in the back of the SUV, a 2005 Chrysler Pacifica, were not restrained properly as they were riding north on Route 301 near Pointer Ridge Drive around 4:30 a.m., NBC Washington reports.

The driver, 32-year-old Dominique R. Taylor of Bowie, who was the mother of two of the children, lost control of her vehicle and careened off the side of the road, before hitting several trees, according to police. Police say the five children were thrown from the car.

London Dixon, 8, and Paris Dixon, 5, both children of Taylor, and Zion Beard, 14, Rickelle Ricks, 6, and Damari Herald, 15, from Washington D.C, were pronounced dead at the scene.

Taylor, who was injured in the crash, received treatment at a hospital. Her condition is currently unknown. Passenger Cornell D. Simon, 23, of Oxon Hill, is listed in critical condition, according to police.

The five children were riding in the back seat, police said, adding the Chrysler Pacifica only had one row of seats in the rear, according to NBC Washington.

Police are still investigating the crash and haven’t ruled out any potential causes. It is unclear whether icy road conditions could have played a role in the crash. Police said the state salted the roads.

“Every collision where we lose life is a tragedy,” Maryland State Trooper Capt. Daniel Pickett told reporters. “And where children are involved, it’s more of a tragedy.”