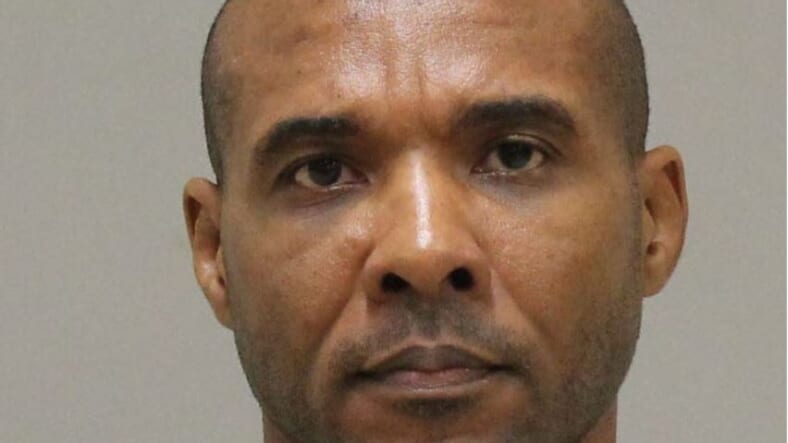 A professional mixed martial arts fighter expected to be charged in multiple murders escaped from his jail transport van at a McDonalds north of Houston, TX early Sunday morning, sparking an intense manhunt for his capture.

According to The Washington Post, it was unclear how Marks escaped from the private transport van, which held ten prisoners and two guards. He was the only prisoner who escaped.

Murder warrants were issued for Marks on Sunday in the deaths of former girlfriend Jenna Scott and her friend Michael Swearingin. Last month, he was arrested in Michigan for allegedly breaking into Scott’s home in Temple, Texas, according to KCEN. Scott and Swearingin disappeared last month and were later found buried in a shallow grave in Oklahoma on Jan. 15.

KCEN reported that in a court document before she was murdered, Scott called Marks “a pathological liar” and “a psychopath.”

In addition to the murders of Scott and Swearingin, according to KCEN, police in Minnesota consider Marks a person of interest in the 2009 disappearance of April Pease. Marks and Pease have a child together and Pease, who is from Washington state, had accused Marks of domestic violence. Marks has also previously spent time in prison for robbery, burglary, harassment and weapons possession.

The middleweight fighter also goes by the name of “Spider-Man” has a career record of 31-27 per the MMA website Sherdog.

He was arrested by U.S. Marshalls in Grand Rapids, Michigan, on a charge of burglary with the intent to commit another felony, Conroe Police Lt. Dorcy McGinnis said in a press conference Sunday afternoon, according to the New York Daily News. He was in the process of being extradited back to Bell County by Texas Prisoner Transport Services when he escaped, McGinnis said.

Marks was wearing an orange jumpsuit and restraints. Investigators found his shirt after he fled, according to ABC News.

@MCTXSheriff and @ConroePolice are searching for an escaped prisoner in the area of 800 block of N. Loop 336 West. Mark escaped from a private prisoner transport.Marks has 3 pending murder charges and is a professional MMA fighter. Mark is considered extremely dangerous. pic.twitter.com/YJsFXlg6ZM