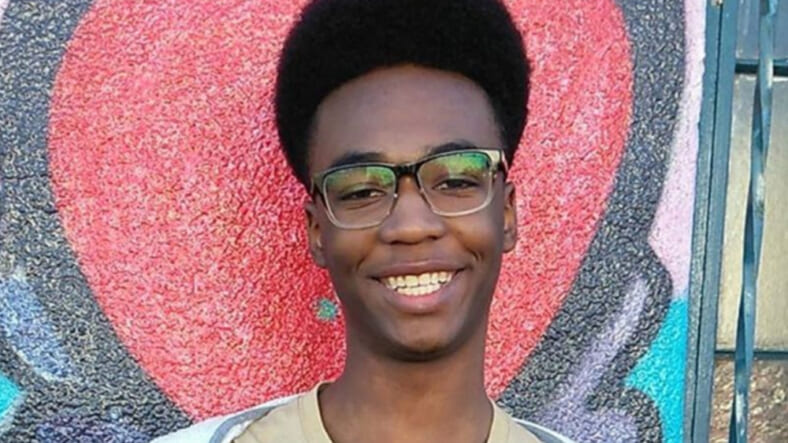 Long Island student Devin Moore launched an anti-bullying campaign after his school refused to deal with bullies who tormented him. (Devin Moore)

A teen who sued his former Catholic school for failing to take action against three former classmates who allegedly cyber bullied him, sent him racist images and message and yet was still allowed to graduate without incident has found a way to strike back.

Devin Moore, who attended St. Mary School in East Islip, New York has started the anti-bullying initiative, #RaceToSpeakUp, The NY Daily News reports. Moore wants to help other students who were bullied find the courage to speak up and speak out about their harassment.

Last May, Moore filed a federal lawsuit against the school for failing to deal with the harassment he endured for months. His classmates sent him racist photos and messages on an online gaming forum called Discord, according to the federal lawsuit.

One of the disturbing images sent included a photo that said, “Black People Are Not Functioning Members of Society,” with an image of a noose. It also had photoshopped images of Moore’s face on a gorilla’s body and with a gun to his head.

Moore said his school took no real action against the three students. The students, he said, still graduated along with him.

“The day I went to graduation, the teachers acted like nothing had happened,” Devin, 14, said. “I was very anxious, and I didn’t really want to go.”

“But I wanted to be brave and face my bullies, and basically say, ‘You don’t have power over me.’ ”

Moore started his #RaceToSpeakUp initiative as a result of what he dealt with.

“I would like to establish a task force made up of young individuals that would hold meetings and public forums on the issue of bullying,” said Suffolk County Legislature Presiding Officer DuWayne Gregory.

Moore is diligently putting I the work for his meaningful cause.

“Kids are dying because of bullying, because the pain is too much to bear,” Moore said.

“I don’t want more young people to go through what I went through. I don’t want them hurting themselves or anyone else because of what’s going on with them,” he said. “I feel that I can help them.”