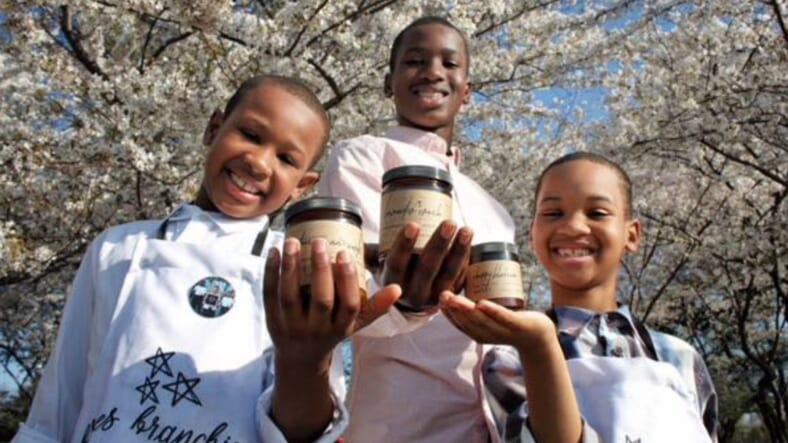 Some people spend all their lives trying to become successful entrepreneurs, but three young Washington-area brothers are celebrating the placement of their soy-based candles in select Macy’s stores around the country.

Collin, Ryan and Austin Gill ages 13, 10 and 8 are the creators of the Frères Branchiaux Candle Company, which they founded in 2017, and was selected from thousands of businesses to be sponsored by Facebook and placed in the Market at Macy’s, a pop-up arm of the department store. Frères Branchiaux is French for “Brothers Gill.”

The brothers told the Atlanta Black Star that their entrepreneurial experience has been surreal.

“It’s amazing and exciting at the same time,” they told the news organization in an emailed statement to the news organization. “We work hard to achieve our dreams and our parents help us along the way. We love being able to give back while earning money. We are really thankful that other people have recognized our hard work and like our candles. Being selected to participate in The Market at Macy’s shows us that we can achieve the highest goals possible even while we are kids.”

So far, the Frères Branchiaux candles have been sold at the Hillside Macy’s in San Francisco, but can now be found at at the retailer’s in flagship store New York City’s Herald Square as well as the store Pittsburgh’s Ross Park, the Black Star reports.

According to the Frères Branchiaux website, the candles are handpoured and handcrafted in small batches in their home studio and they come in scents like “Green Lavender,” “Love Jones” and “Wakanda Forever.”

The boys explain on the website that they created the candle company so they could earn extra money to buy toys and help the homeless.

The boys are charitable too. Ten percent of their proceeds are going to Washington homeless shelters, according to their homepage.