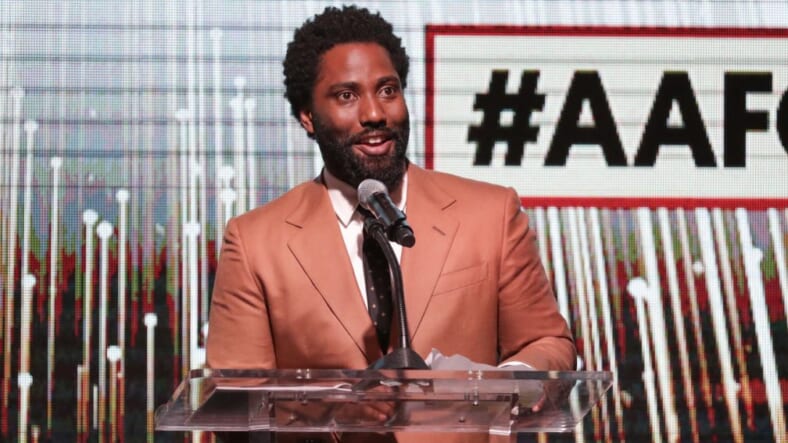 The 10th annual AAFCA Awards went down in Los Angeles Wednesday night and the elaborate event drew tons of beautiful, Black stars who were happy to celebrate all the #BlackExcellence in entertainment this year. Everyone from Ryan Coogler to Ava DuVernay to Regina Hall was in attendance for the lavish soiree that featured a sit-down dinner and tons of great speeches from our brightest stars.

John David Washington accepted the award for Best Actor and shared his heartfelt appreciation for the AAFCA and their ongoing support while several other stars shared similar sentiments when they hit the stage.

Check out a few of our favorite looks from the star-studded red carpet:

The actress hit the carpet looking pretty comfy in her black suit and even rubbed elbows with her dad, Quincy Jones, when he showed up a while later.

The If Beale Street Could Talk director was all smiles as he braved the chilly LA weather with his hat and coat on. Inside, he took home an awards for Best Independent Film and Best Screenplay.

The Hate U Give star showed off a new ‘do before she took the stage to accept an award for Best Supporting Actor for her costar, Russel Hornsby and accepted her own trophy for Breakout Breakout Performance.

The A Wrinkle In Time and Relive star looked lovely in her floral midi-dress and bright, scrappy sandals.

The night’s host lit up the carpet in her gold-sequined dress before she changed into gorgeous, green gown to open up the show with tons of laughs and lots of love. 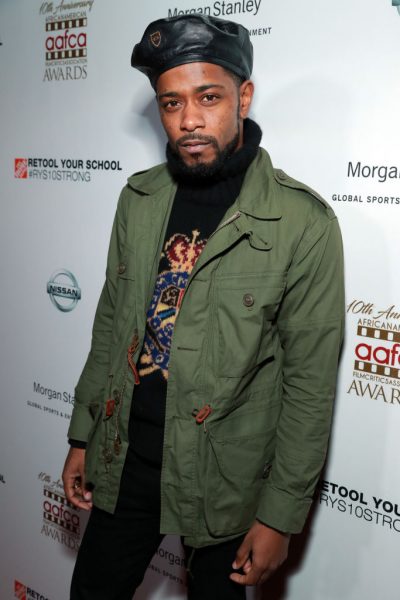 The Sorry To Bother You star was in good spirits when he hit the carpet and shared some advice for fans of Atlanta who are still reeling from the show’s season 3 delay, “Stay woke.”

The former Survivor’s Remorse star stayed warm in a turtleneck and coat and could barely contain his excitement about the SHAFT trailer dropping.

The Queen Sugar star debuted some big hair and an even bigger smile when she hit the carpet in a printed dress and hung out with her costars before accepting the award for Best Cast.

The Insecure star towered over everyone when he hit the carpet in a well-tailored suit and flashed his signature grin.