Hollywood's brightest starts gathered for the annual event at the Taglyan Theater in Los Angeles on Wednesday night. 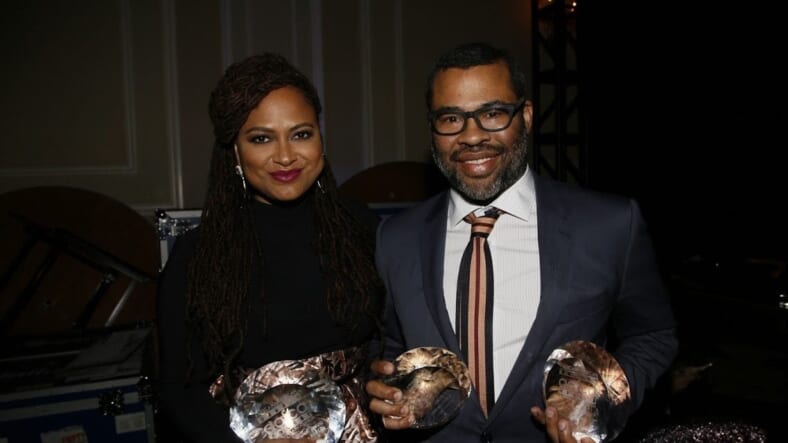 The ninth annual AAFCA Awards went down at the Taglyan Theater in Los Angeles on Wednesday night and the industry’s brightest Black stars were honored at the star-studded event.

The night’s biggest honor went to Jordan Peele who won the Horizon Award for his hit film, Get Out. He also won Best Screenplay, Best Director, and Best Picture.

His Key & Peele co-creator, Keegan Michael-Key, presented Peele with the award after delivering a heartfelt speech that noted the fact that their successful series had a lot to do with the fact that they’re both “blerds” or Black nerds.

Peele peppered his acceptance speeches with humor and took time to highlight the intentions he had while creating Get Out.

“It was designed to provoke conversation and encourage conversation. We knew if we could identify the thing that was missing from our culture; that we could fill that void and we gave people a context and a ability to talk about the issues in a new way,” he said. “There was a film that we were asking for, that we were begging for; that wasn’t there for us.”

He continued by joking about the hilarious things Black folks say when they watch horror movies, and explained why the genre was the right pick for his groundbreaking film that tackled racism in a way we have never seen before.

“As Black people, we are subjected to horrors every day so despite the fact that we did not see the representation of our ideas, of our faces, of our point of view, on screen, we are a loyal horror film audience so I wanted to fill that gap and fill that void.”

The AAFCA is the largest group of professional Black film critics and the significance of the honor wasn’t lost on Peele.

Ava DuVernay picked up the AAFCA award for Best TV Series for Queen Sugar, and she delivered an inspiring acceptance speech that explained her reasons for taking her upcoming film, A Wrinkle In Time. She admitted she was reluctant to agree when Disney first approached her because she doesn’t do kids books and had never read the novel that inspired the film.

She was ultimately convinced when Disney assured her she could “imagine whole worlds” and spoke about the importance of depicting Black joy as well as Black pain on the big screen.