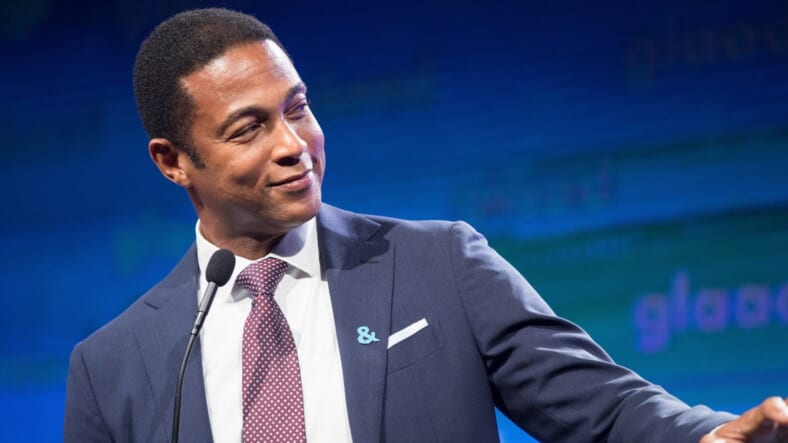 CNN’s Don Lemon weighed in on the turbulent political landscape Saturday, saying the United States would be in better shape if women were running the national show.

Captured at Los Angeles International Airport, rushing along in a hoody, baseball cap and backpack, Lemon was responding to a question by a TMZ staffer, who asked if women are “safer bets” as political candidates because they might be less likely to have scandals such as blackface moments in their pasts.

“Women are the smartest of the sexes and they always have been,” Lemon told TMZ. “We would be a whole lot better off if women were running things – more things in this country – and I mean that, as he appeared to be walking quickly in an airport garage.

Lemon made the comments on a day that Elizabeth Warren, Democratic U.S. senator from Massachusetts, officially announced her candidacy for governor, joining a field that already includes U.S. Sen. Kamala Harris, a Black woman and Democrat from Oakland, and U.S. Sen. Kirsten Gillibrand, a Democrat from Upstate New York. His comments also come at a time that multiple male elected officials are embroiled in scandals.

In Virginia. Gov. Ralph Northam, a Democrat, is contending with the surfacing of a photo from his medical school yearbook page that shows one person in blackface and another person standing nearby wearing Ku Klux Klan Robes, Lieutenant Gov. Justin Fairfax, a Democrat who would have succeeded Northam if he resigned, is facing two recent allegations of sexual assault, and state Attorney General Mark Herring, who would be next in line following Fairfax, revealed Wednesday that he appeared in blackface at a college party in the 1980s. Herring is also a Democrat.

—Hill Harper speaks out in support of John Ramsey, who claims wrongful imprisonment for ’81 murder—

During Saturday’s impromptu interview, Lemon – questioned about the blackface scandals — also told TMZ that people who are elected to public office must hold themselves to a higher set of standards.

“We hold political leaders and public servants to different standards than actors and comedians and just everyday folk,” Lemon said.