Michelle Obama was one favorite among the kids at Milwaukee College Prep School, but there were several that they wanted to remember as part of their celebration 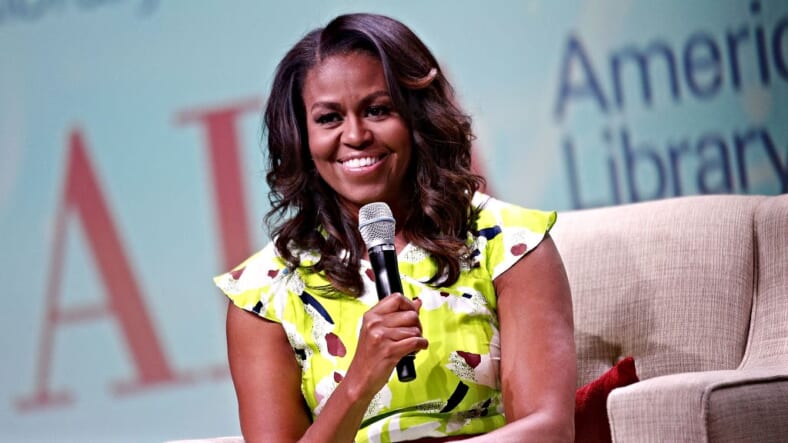 Schools across the country are getting really creative when it comes to celebrating Black History Month.

In one Wisconsin school, Milwaukee College Prep School, a group of sixth graders gave props to Black icons by recreating the famous photos that made them immortal.

One girl, looking prim and proper, posed like Michelle Obama did on the cover of Becoming. A male student became a young Malcolm X doppelgänger. A group of students took it up and notch and posed as the Greensboro Four, who protested in the 1960s at a whites-only lunch counter in North Carolina.

READ MORE: Cory Booker calls on Americans to have ‘honest conversations’ with each other on race

“I think its extremely important for students to know and embrace their culture,” Terrance Sims Jr., a teacher at Milwaukee College Prep School, told PEOPLE.

“It is who we are, and when we know who we are we can flourish around others different from us. Learning to love ourselves builds self esteem and allows us to be successful and happy people.”

The project was the brainchild of Sims who titled it Representation is Key.” Sims said each year his students tackle the Black History Month project, which has become a school tradition.

He told Inside Edition that “the students are the brains behind the operation.”

“Black history has always been important to me, but as an educator, it is a crucial part of my job,” Sims told HelloGiggles. “While February is an exciting time for Black history, I teach my students daily to love their skin and know their personal history.”

The students have also tackled lighter subjects like a photo depicting the cast of Black-ish. They have also portrayed Assata Shakur’s autobiography, Biggie Smalls, and Sharon G. Flake’s The Skin I’m In.

The photos have been a hit on social media and shared widely.

“We’ve loved every minute of it!” he tells PEOPLE. “It’s so exciting to see people appreciating the work that happens in our classroom. The students are excited to work harder and that pushes them to learn more!”