The Marijuana Justice Act seeks to help people of color and low-income communities hardest hit by the failed War on Drugs. 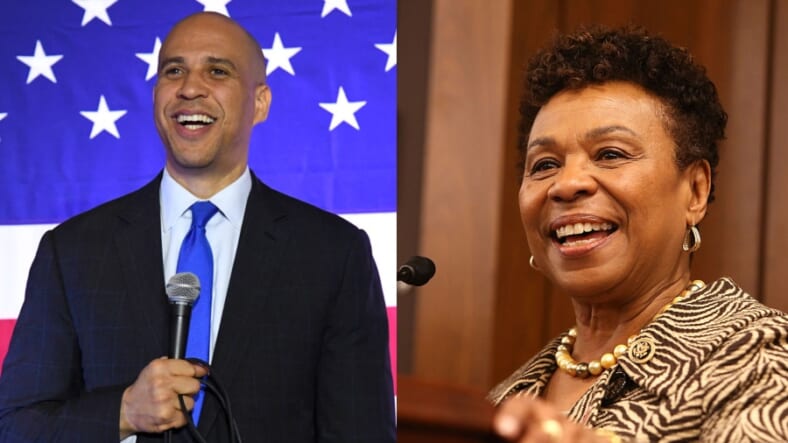 Too many people have had to pay an unfair price for the War on Drugs. Now, a bill proposed by Sen. Cory Booker, Rep. Barbara Lee and Rep. Ro Khanna calls for wiping the slate clean for anyone who has a marijuana conviction and legalizing the drug at the federal level.

The Marijuana Justice Act was reintroduced today by Booker, Lee and Khanna during a special Facebook Live announcement.  It calls for judges to expunge convictions of people who served federal time for marijuana use and possession, while creating incentives for states to change marijuana laws that impact people of color and/or low-income people.

“The War on Drugs has not been a war on drugs, it’s been a war on people, and disproportionately people of color and low-income individuals,” Booker said in a press release.

“The Marijuana Justice Act seeks to reverse decades of this unfair, unjust, and failed policy by removing marijuana from the list of controlled substances and making it legal at the federal level.”

Sen. Lee, who is co-chair of the Congressional Cannabis Caucus said:

“Communities of color and low-income communities have been devastated by the War on Drugs… I’m proud to sponsor legislation that would legalize marijuana at the federal level, address the disproportionate impact of prohibition on people of color by expunging criminal convictions, and promote equitable participation in the legal marijuana industry by investing in the communities hardest hit by the failed War on Drugs.”

In the United States, Black people are four times more likely to be arrested for marijuana offenses than white people, according to the ACLU.

As marijuana legalization has slowly rolled out in select states, Black people have also been systemically shut out from multimillion dollar businesses who are quickly capitalizing on marijuana sales.

“It’s not enough to simply decriminalize marijuana,” said Booker. “We must also repair the damage caused by reinvesting in those communities that have been most harmed by the War on Drugs. And we must expunge the records of those who have served their time. The end we seek is not just legalization, it’s justice.”

Additional co-sponsors of the bill include Sens. Kamala Harris (D-CA), Kirsten Gillibrand (D-NY), Bernie Sanders (I-VT), and  Elizabeth Warren (D-MA), who are all Democratic presidential candidates for the 2020 election.