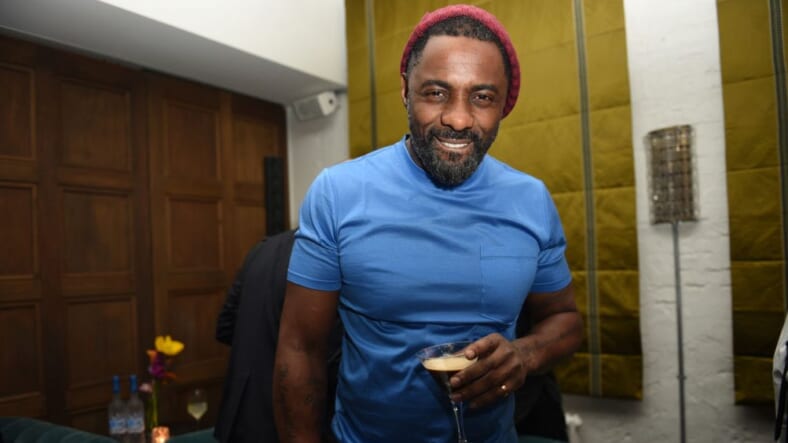 Idris Elba reveals on Ellen how Prince Harry quietly asked him if he could DJ at his wedding reception to Megan Markle. (Photo by Zacharie Scheurer/Getty Images for Grey Goose Vodka)

Idris Elba first thought Prince Harry was kidding when he asked if the actor could DJ his royal wedding reception last year.

“Harry and I, we’ve hung out a couple of times through his dad, his dad’s charity, The Prince’s Trust helped me out as a young actor, and so I do a little work for them,” Elba told Ellen Degeneres during an appearance on the show this week.

“And Harry came to a couple of parties that I DJed, and he was like, ‘Hey man, what are you doing on the date? And I was like, ‘nothing.’ He goes, ‘Hmm, would you DJ at my wedding?’ I was like, ‘Is this a joke? Are you joking? And he’s like, serious.”

Elba is doing more than just royal receptions these days. He will also showcase his impressive DJ skills at this year’s Coachella, held in April.

“It’s a lifetime ambition to play Coachella, for any DJ, for (any) artist,”  Elba added. “So I’m going in.”

Another thing Elba is diving head first into is co-creating and starring in a new Netflix 8-episode comedy called Turn Up Charlie to premier on March 15.

In it, Elba plays a struggling DJ who is trying to get his life together. He’s got one last chance at success when he reluctantly becomes a “manny” to his famous best friend’s precocious young daughter Gabby (Frankie Hervey). The little girl is witty and wise, but is used to pushing boundaries. Netflix officially released the trailer for Turn Up Charlie (which was created by Elba and Gary Reich) on Thursday.