The renowned, 10th annual Women in the World Summit will take place at Lincoln Center in New York City this year from April 10-12, with Oprah Winfrey kicking off the opening night keynote address, following by a powerful lineup of women business leaders, politicians, entertainers and activists throughout the highly anticipated, three-day event.

During her keynote, Winfrey will provide insight in answering the question posed by the summit: Can women save the world?

The WITW has announced an exhilarating schedule this year, with participation from many notable Black women including Winfrey, Stacey Abrams, Susan Rice, Mae Jemison, Wanda Sykes, Adwoa Aboah, Indra Nooyi, Phoebe Robinson, and more. This year’s event is presented and co-hosted by Toyota.

Founded by journalist Tina Brown, founder and CEO of Tina Brown Live Media/Women in the World, the summit is known for its frank conversations and breaking news on issues relevant to women. The event marked the first public appearance of Hillary Clinton following her 2016 presidential loss. It also was the location, last year, when Viola Davis eloquently spoke about pay inequities and role disparities for actresses of color and where Gretchen Carlson gave a candid talk about her experiences with workplace sexual harassment at Fox News.

The event allows women the space and platform to speak their truths without fear of reprisal, censorship, patriarchy or discrimination. These women are trailblazers and have conversations that are candid, truthful, unscripted and life changing.

“This year’s 10th anniversary Summit is a milestone,” said Brown in a statement. “The seeds we planted as far back as 2009 in a small midtown theater have exploded into a global community of women of power and purpose. The mission has met its moment.”

This year’s WITW will focus on how women can save the planet, tackle misinformation, preserve journalism in an era with claims of “fake news,” champion same-sex love, further the advances made by the #MeToo movement, confront authoritarian regimes and promote women leaders.

One session will feature Wanda Sykes, Rachel Bloom, Phoebe Robinson, Judy Gold and Amber Ruffin discussing their lives as in-your-face, edgy comedians in a climate that doesn’t always welcome or appreciate those traits coming from women. 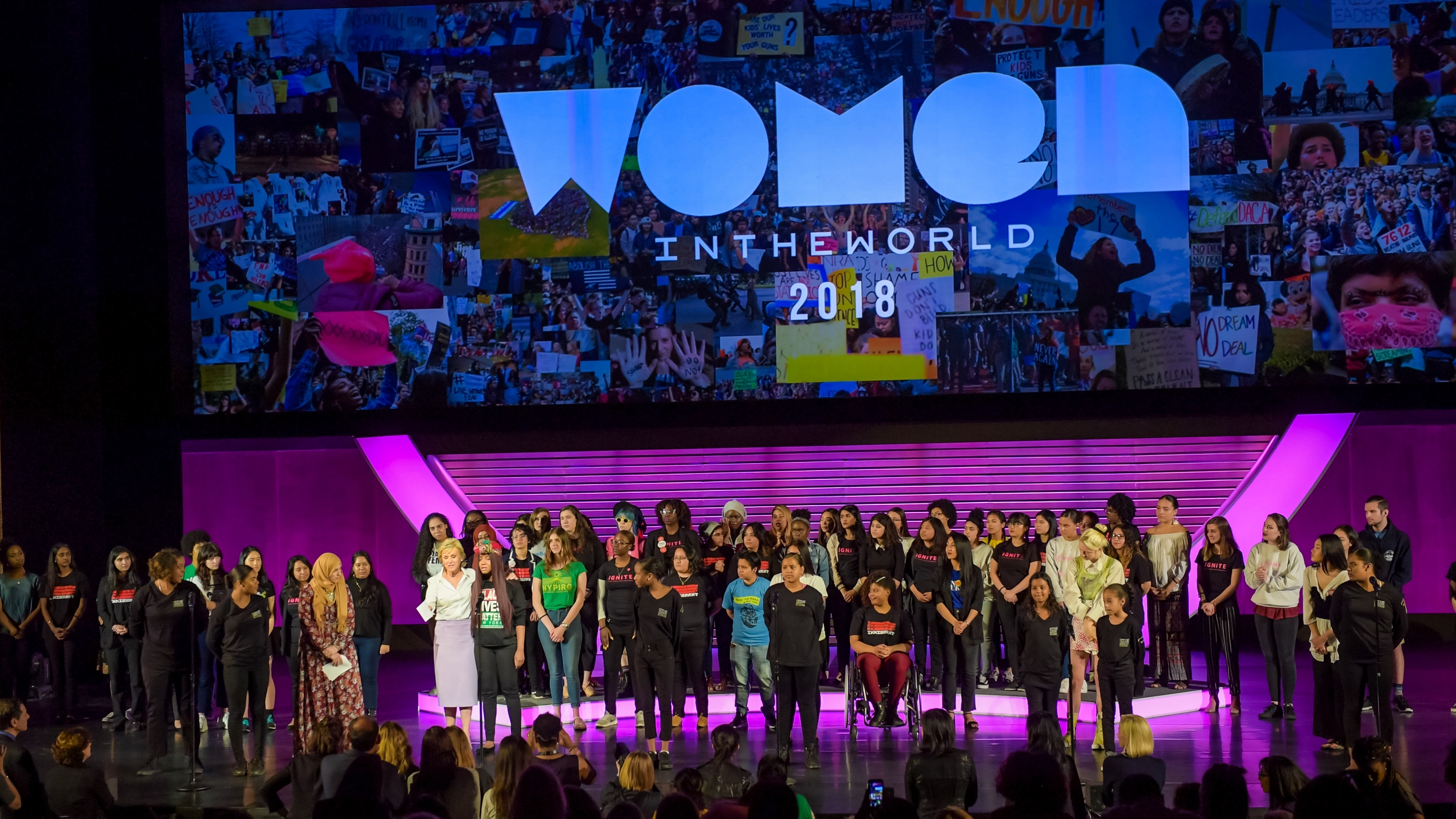 Since the organization was founded in 2009, Women in the World has held events in London, New Delhi, Toronto, Davos, Dubai as well as Los Angeles, Washington D.C., Dallas, San Antonio and Chicago.